The Global 3D Projector Market size is expected to reach $4.6 billion by 2025, rising at a market growth of 7.6% CAGR during the forecast period. 3D technology has become increasingly common in latest years. For 3D viewing, nearly every action-packed film is shot or has at least a few scenes for the same. Viewers can not only watch them in theaters in 3D, but can also watch them at home later on via DVDs or streaming internet. Even 3D devices are becoming cheaper and easier to access. While 3D was mostly restricted to televisions a few years ago, today most of the 1080p mainstream projectors intended for home theaters have 3D features. There are also quite a few 4K projectors sold with 3D capacity to provide a cinematic film experience that is on par with cinemas. 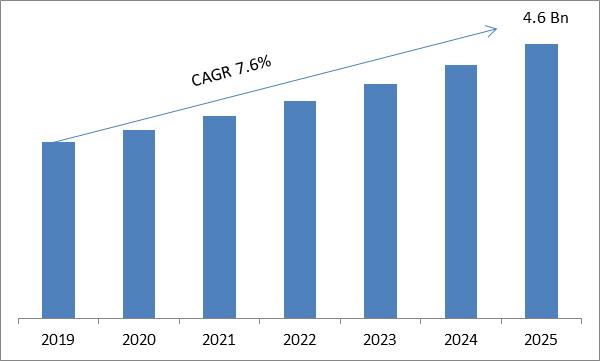 A 3D projector is an optical device, projects moving images (video) or still images to a screen / surface commonly referred to as a screen projection. Most 3D projectors project the picture by passing the light through the lens, but there are some 3D projectors that directly use lasers to create the picture. The experience of 3D viewing includes persuading the human brain to view the image/video from a different perception. This experience relies on the technology type; projector DLP, projector LCD, or projector LCoS. In cinemas, academic institutes, offices, and others, these 3D projectors are commonly adopted.