The Global Over the Top (OTT) Services Market size is expected to reach $179.9 billion by 2025, rising at a market growth of 14.3% CAGR during the forecast period. OTT services are provided through the channel of the Internet service provider, but they have no involvement at all in the planning or delivery of the service. Since these services are offered directly to consumers 'over the top' of the network of internet service providers, they are termed as over the top (OTT) services. The key driving factors for the OTT services market include smartphone penetration and accessible high-speed mobile internet packages. The connectivity of the smart devices with these OTT services has allowed access to them from anywhere and at any time.

The mobile channel is becoming a commonly accepted video delivery platform, overtaking traditional TV as the leading channel for production. Even with TV billing provisions and fixed broadband bundling, mobile is rapidly developing to become the prevalent service distribution channel for growth. As MNOs accelerate the rollout of mobile broadband and LTE, access to high-quality mobile streaming is rising, particularly in emerging countries like the Asia Pacific, Africa, and the Middle East. At the same, the rise in MNO partnerships and bundling packages allows consumers to access more content on their mobile devices. 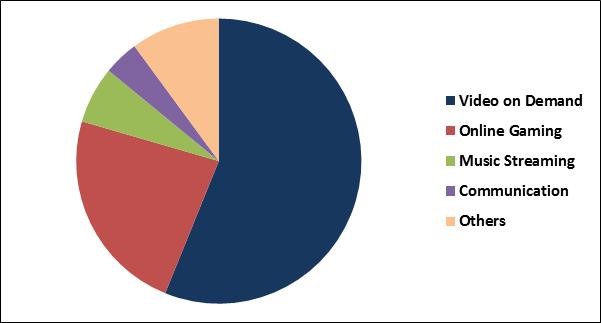 Traditional media houses which formerly owned vast archives of legacy movies and television content reinvigorate and accelerate their growth through OTT-based distribution models. Most pay-TV providers are introducing stand-alone OTT-based subscription services. Dish's Sling TV and AT&T's DirecTV Now are successful examples of the US-based affordable and stand-alone services. Sky has introduced OTT services in key European markets, including the UK, Italy, Germany, and Austria. As subscribers make a concerted effort to pay for premium content, OTT players come up with "freemium" models that can provide open access to a selected catalog of content to acquire new subscribers together with premium content and services to pay subscribers to drive up average revenue per user. The free content business model that is funded by ad-supported advertising is a challenging proposition, as seen by the global leaders of digital online music: iHeartRadio, Spotify, and Pandora.

Free Valuable Insights: Global Over the Top (OTT) Services Market to reach a market size of $179.9 billion by 2025

The major strategies followed by the market participants are Product launches and Partnerships & Collaborations. Based on the Analysis presented in the Cardinal matrix, Google, Inc., Microsoft Corporation, and Apple, Inc. are some of the forerunners in the Over the Top (OTT) Services Market. The market research report covers the analysis of key stake holders of the market. Key companies profiled in the report include Twitter, Inc., Microsoft Corporation, Google, Inc., Amazon.com, Inc., Apple, Inc., Facebook, Inc., Netflix, Inc., The Walt Disney Company (Hulu LLC), Tencent Holdings Ltd., and Roku, Inc.

Recent Strategies Deployed in Over the Top (OTT) Services Market

Scope of the Over the Top (OTT) Services Market Analysis

According to a new report published by KBV Research, The global Over the Top (OTT) Services market size is expected to reach $179.9 billion by 2025.

The major factors that are anticipated to drive the Over the Top (OTT) Services industry include Surge in OTT demand in developing regions, Rise of SVoD services in emerging markets, Emergence of new OTT markets.

The Education & Learning segment would showcase 15.1% CAGR during the forecast period.