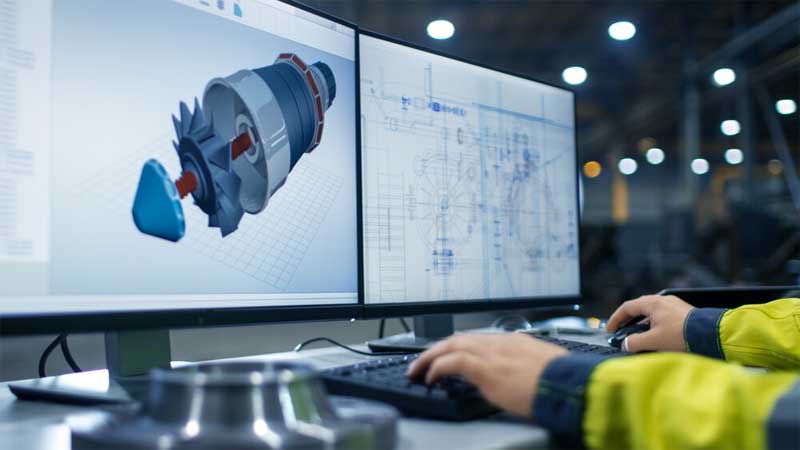 Technology Computer-Aided Design is increasingly getting the attention of the IT sector. The main reason for this is the increasing popularity of the Internet of things. For the past few years, there has been an intermittent interruption in movie and advertisement production.

The cloud-based technology is also complementing CAD software. That is why many industries are totally relied upon in CAD to create drafts and models. Technology always keeps on evolving so the introduction of advanced technology also changing the trend of CAD technology.

What is Technology Computer-Aided Design?

Computer-Aided Design is a tool that relies on computer technology. This tool is used to create unique designs that are being utilized in different verticals. The TCAD stands for Technology Computer-Aided Design. It is an imitation software that is useful in augmenting semiconductor devices and related technology.

This software facility the process of integrating diagrams in the manufacturing system. The usefulness of this software lies in the production of the 2D and 3D diagrams and placing of environmental reports. Computer-Aided Design is widely used in drawing detailed 2D or 3D models. Conceptual design and product layout are also made by this software.

Image Sensors: It is a device that is used in a camera to converting light into electrical signals.in designing an image sensor, CAD is used. Image sensor produces 3D images of models and diagrams. It is becoming the foremost choice for engineers.

Solar Cells: Technology Computer-Aided Design is used in solar cells. These solar cells are useful in the generation of electricity, manufacturing of electric vehicles, and solar-powered vehicles. The growing demand for renewable energy sources due to its environmental benefits.

The technological CAD software lowers the cost of production of the designer. It enables the work to be completed in a smarter and faster way. This ultimately leads to quicker completion of the project. Organizations are able to produce quality products at low-cost. The overall benefits of this CAD software thereby result in improving productivity.

Earlier people use drawing boards in order to design and produce maps. The introduction of CAD made it possible to control the quality of products produced. Using this technology it becomes easier to diagnose the problem and solve it before any prototype is made. Thus an advanced and quality image is formed.

Computer-Aided Design software is quite often used in the fashion design industry. It is used to design clothes and use to visualize the clothes in a virtual model. If it is felt that changes are required to be done, then designs can be altered easily.

Designs can be documented with ease

CAD software is helpful in documenting all types of designs. The parameters that are used in designing can be recorded conveniently. These documented data are then used in the future. Subassemblies and components can also be saved.

CAD is mainly used by architects, engineers, and construction managers. It is gradually replacing manual drafting. Engineers are very thankful to CAD as it is helpful for them in creating an accurate presentation of their model.

Contractors are gaining access to the worksite drawing with the help of CAD. So the entire team of the construction can be can check out the plans easily. This planned and ready to access will help in improving communication among the workers.

What is the limitation to using TCAD?

Yes, of course, every coin has two sides. Although there are many advantages, it is accompanied by some disadvantages also.

The introduction of the cloud is much related to CAD software. Cloud promotes ease of updating, more storage capacity, and cost reduction when using CAD. Upstart technology helps easy up-gradation of the CAD. These advanced technologies are leveraged with new features that help in creating better designs.

The Technology Computer-Aided Design (TCAD) Market has been witnessing rapid growth due to the advancement of technology. The increasing popularity of the Internet of things and advanced technology will expand the market demand in the coming years. The growing usage of digital equipment will encourage the manufacturers of this equipment to adopt TCAD software. TCAD is also used in CMOS, image sensors, and solar cells.

The Global Technology Computer-Aided Design (TCAD) Market has been anticipated to rise at a growth rate of 12.3% CAGR over the forecast period.