The Global Software Defined Radio (SDR) Market size is expected to reach $34.6 billion by 2025, rising at a market growth of 9.3% CAGR during the forecast period. The evolution of digital electronics has also evolved the radio market and communication technologies. Although the concept of software defined radio (SDR) is not recent, this sector has undergone many technical and use-related changes in recent years. SDR is a kind of radio communication system where communication is conducted using software on an embedded system or personal computer rather than implementing hardware like amplifiers, filters, detectors, mixers, demodulators and modulators. SDR is capable of transmitting and receiving broad frequency spectrum. Using software driven automated processes, the remaining operations involved in radio communications are performed when the data from a source is translated into digital format.

Escalating adoption of IoT and wireless devices works well for market growth. In 2017, about 30 commercial NB-IoT and LTE-M implementations were made in 20 nations, including the U.S., China and countries around Europe. The number of IoT-connected devices will exceed 3.1 billion worldwide by 2025, representing 12 percent of all IoT connections. Furthermore, increasing popularity of wireless sensor networks is expected to propel demand for SDRs. 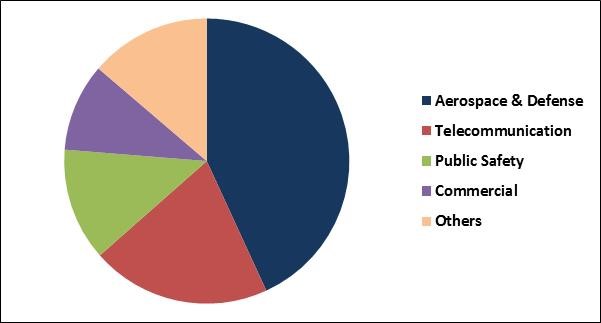 SDR architectures are expected to function in the near future as a basis technology for the provision of telecommunications services like digital TV, radio broadcasts, and video streaming channels. SDR comes in two forms: modulation & flexible range of frequencies and waveform & agile frequency range. The former is generally implemented since it does not require any hardware change. Modern mobile wireless systems, for example, are generally deployed under this pattern. Frequency selection usually requires a carrier frequency below the appropriate range which is normally accomplished by a local oscillator. In addition, SDR is gradually being introduced in the 3.5 GHz and 25 GHz spectrum band for performing 5G mobile network trials, which is projected to provide a lucrative opportunity for market players.

According to a new report published by KBV Research, The global Software Defined Radio market size is expected to reach $34.6 billion by 2025.

The major factors that are anticipated to drive the Software Defined Radio industry include growing adoption of SDR in telecommunication and Increase in demand for next-generation IP systems.