The Global Driving Simulator Market size is expected to reach $5.8 billion by 2026, rising at a market growth of 8.1% CAGR during the forecast period. Driving simulators is a simulation of driving environment in the real-time. It is used for both entertainment and educational purposes. They are commonly used for research purposes and for the simulation of complex scenarios while driving. These systems also monitor driver behavior, efficiency and attention. The sensors installed in the car provide data during testing which is used to develop and evaluate new developments in driver assistance systems. 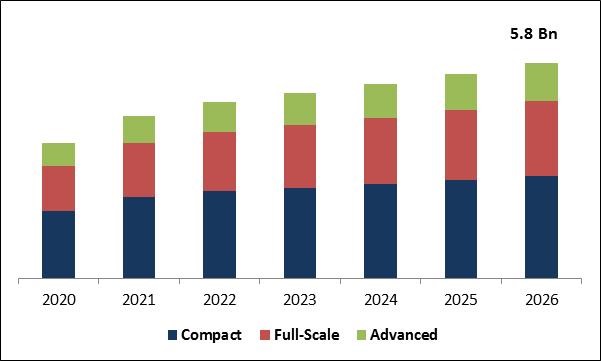 With the introduction of Advanced Driving Assistance Systems (ADAS), demand has escalated for different features such as adaptive cruise control, automatic parking, collision avoidance system, blind-spot monitor and lane departure warning system. All through the world, automotive companies are making advances in the above-mentioned technologies to eliminate possible failures, which may cause driver injury. Hence, manufacturers put ADAS systems to check on simulators, which in turn give them a practical view of the vehicle's performance as a whole. Driving simulators therefore support manufacturers of automobiles with pre-testing capabilities for device improvements.

According to a new report published by KBV Research, The driving simulator market is projected to reach USD 5.8 billion by 2026.

The major factors that are anticipated to drive the driving simulator industry include increasing Focus on R&D Activities, Integration of artificial intelligence, and Growing trends of advanced driver assistance system.