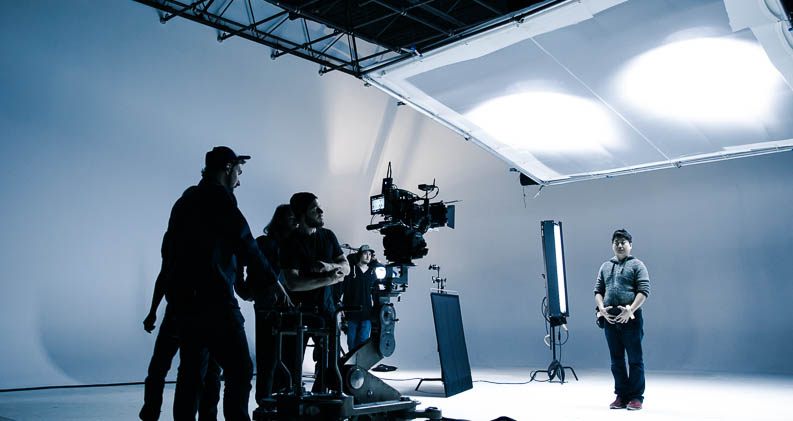 Virtual production has become a strong tool for remote filmmaking. It is real-time graphics that allows making decisions about VFX and animations on set. Virtual production empowers the producers and filmmakers in creating shots that can be easily incorporated into the film or videos.

Various innovations have been made that benefit filmmaker to plan and communicate their creative and innovative ideas in new and intuitive ways. The increasing popularity of web series having visual effects and 3D graphic environments are encouraging video-makers to adopt virtual production technology.

What is virtual production?

Virtual production (VP) is an innovative production technology that allows to combine computer graphics to shoot videos in real-time. It uses a set of software. So virtual production is the unique composition of physical and digital filmmaking. Earlier addition of visual effects mostly done post-production. With the introduction of virtual production, all such processes occur simultaneously with the shooting.

Virtual production helps to visualize a complex scene that is difficult to film in reality. It allows filmmakers and video developers to plan and accomplish a scene with the help of digital tools.

Live-action in films and movie

There are many tools in virtual production that capture live actions using virtual cameras. The whole idea behind shooting a live-action film is simply replicating the moves and actions on the screen with virtual effects by crafting a synthetic world.

Use of virtual production in TV series

Virtual sets have created that play a significant role in episodic televisions. Scenes are shot on the green screen stage. In television, broadcast producers’ use virtual production to create an environment that needs to be filmed.

Previs is a new form of virtual production. It is helpful in maintaining the movement of the camera, setting camera angles, and imagining action scenes. That is why final animation and addition of visual effects become easy. Moreover, previs studios build digital sets on which action scenes can be previsualized.

What is the component of virtual production tools?

There are three basic components of virtual production. All these components work in an integrated way to give effective output.

It integrate real time camera tracking motion control and capture. That is why hardware component is used as standalone in production pipeline. Recent advancement made in the hardware is ray tracing.

Services are largely essential during the pre and post-production of any video content. Moviemakers or film studios often employ professional agencies for their services to use VFX in their video productions.

What are the advantages of virtual production?

Advanced technology like artificial intelligence and machine learning has been introduced virtual production. This leads to significant improvements in the quality of computer-generated graphics. Filmmakers are able to create more advanced computer graphic characters by using facial-capture training data. AI and machine learning improve the quality of visual effects and streamline the design process of a 3D model.

Thus, it helps in eradicating the need for on-location shoots. The technological advancement in virtual production is helpful for the broadcasters to improve their operational competence

The virtual production Market has been witnessing rapid growth due to increased demand for high-quality video content with realistic artificial scenes and graphic characters that enhance the viewing experience. A virtual production is an emerging tool in video production. It allows integration of the physical and digital world in real-time. This technology is widely used in film making, commercial ads, and on TV sets. With the introduction of AI and machine learning, virtual production is also getting advanced.

The Global virtual production Market has been anticipated to rise at a growth rate of 14.3% CAGR over the forecast period.