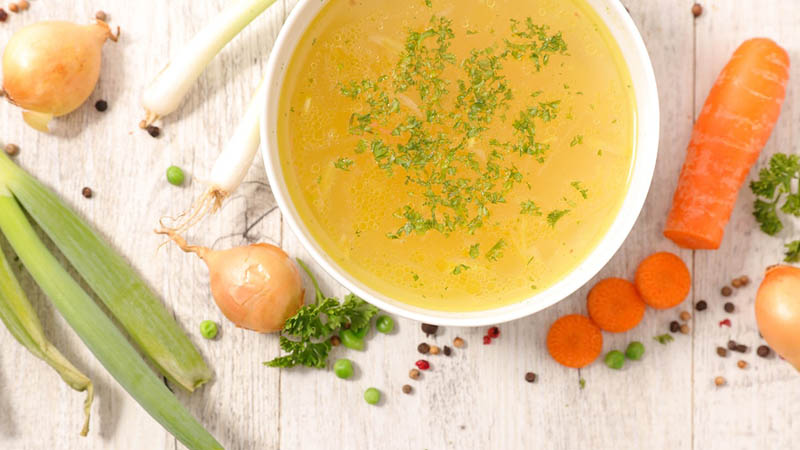 As in the hectic schedule of work, people have no time for cooking. That is why the demand for packaged and ready to prepare items including packaged soup is high. Due to increasing awareness about the health benefits of the packaged soup, people are preferring to have it in their meals.

Packaged soup: what is it?

Soup is basically a liquid food that is served as a quick hot meal. It is a delicious meal. If you want to add the nutrition of vegetables to your diet, then add soup to your meal and is the simplest way to do so. Soup is considered as the first course of a meal.

How soup is prepared?

For preparing the soup, various types of ingredients are used. Either vegetable or meat, water, juice, and other liquids are mixed well. It can also be prepared by boiling the fish, meat, or vegetables with other ingredients.

Packaged soups take very little time for preparation. Also, they can be consumed directly, just by boiling them in hot water.  Packaging of soup is done in a flexible way that keeps it fresh for a longer duration.

What are the different types of soup?

A wide range of soups is available in the market. It is in different flavors, styles, and types. The commercially available packaged soups are mostly dried, canned, dehydrated, or frozen.

Dried: Dried soups don’t require cold storage. It is less prone to enzymatic and oxidative spoilage. The best feature of dried soup is that it retains its original flavor and taste even at room temperature. And it remains so for a longer period of time. That is why dried soup always in demand in hotels, catering, and restaurants.

Wet: The prepared soup is condensed and canned in the wet form. In wet soup, no further addition of liquid is required. Some of the wet soups are used as a base for homemade soup to enhance the thick slurry of the soup.

Who is the user of packaged soup?

Instant and packaged soups are used in hotels and restaurants. It is in different forms such as dried, canned, or hydrated. Since it is very simple and quick to prepare packaged soup, it is highly preferred in households by working ladies.

From where you can buy packaged soup?

You can buy packaged soups from supermarkets. There is a wide range of availability of products at one stop in supermarkets. Due to urbanization, the number of supermarkets is also increasing

Convenience stores provide various brands. So customers can buy different types and flavors of packages of soup according to their choice.

Due to the outbreak of COVID-19, there has been a massive increase in purchasing food items from online stores. Shopping from online stores is time-saving and also gives the facility of home delivery. This has helped in avoiding close contact with people, and hence consumers’ preferences towards online stores have increased.

How healthy packaged soup is?

Soup, either it is packaged or conventional homemade soup is rich in nutrition.

It will not be wrong to say that soup is the complete package of nutrients. Those who prefer to take a healthy diet, they must add soup at least in one of their meal.

Is there any downside to packaged soup?

The packaged soup that contains more amount of corn and salt may cause harm to the patient’s health. As high sugar and salt content can elevate the level of sugar and high blood pressure. For some people, the added preservatives may cause allergies.

The packaged soup Market has been witnessing rapid growth due to increasing awareness about the health benefits of the packaged soup. Soup is basically a liquid food. Packaged soup is easy and quick to prepare it is called instant soup. Soups are rich in vitamins A, C, and minerals. Every coin has two sides, so there are some downsides to this type of soup. It is packaged in such a way that makes it fresh for a longer duration.

In the market, a variety of soup is available. Consumers can buy packaged soup depending on their choice from supermarkets, food stores, as well as from online stores.

The Global packaged soup Market has been anticipated to rise at a growth rate of 10.9% CAGR over the forecast period.