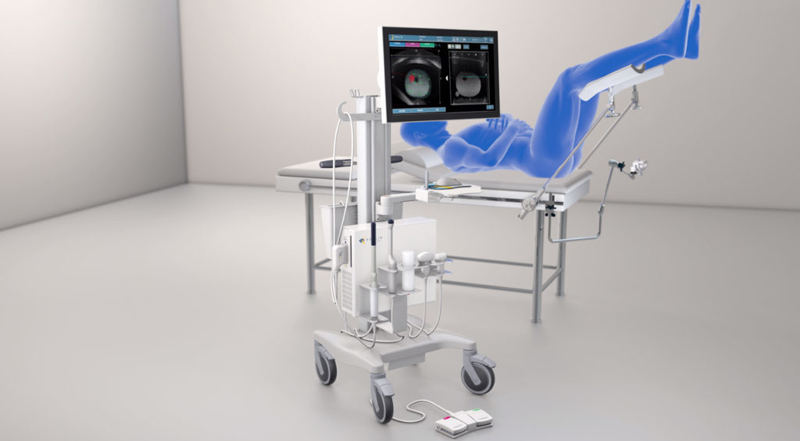 Taking The Industry by Storm, Fusion Biopsy is trending in the healthcare sector. Here’s What You Need to Know about Fusion Biopsy. The growing prevalence of prostate cancer is associated with the increasing demand for biopsy, and therefore rising deployment rate of multiparametric MRI for the treatment and care of prostate cancer. This increasing incidence of various types of cancer is putting a burden on the healthcare system and the demand for medical equipment. This is resulting in increased demand for MRI ultrasound along with biopsy systems that are used in the treatment processes.

What is Fusion Biopsy?

A biopsy is a medical procedure in which a tissue sample is taken from the suspected organ of the body for close examination. Most often, the biopsy is done to detect the occurrence of cancer. There are many types of biopsies like needle biopsy, ultrasound-guided biopsy, CT-guided biopsy, bone marrow biopsy, etc. Imaging tests are done to detect the tumor area but they are not able to differentiate between cancerous and non-cancerous cells. Fusion biopsy is a modified and advanced form of biopsy which combines magnetic resonance with ultrasound to detect cancerous cells. Fusion biopsy is also called targeted MR/ultrasound biopsy. It has become an important medical tool for diagnosing prostate cancer.

How does Fusion Biopsy work?

The benefits of fusion biopsy

For diagnosis and detection of prostate cancer, the primary diagnostic test includes Digital Rectal Examination (DRE) and Prostate Specific Antigen (PSA) as they are more affordable and accessible. Though the PSA test is largely used for the detection of benign tumors that results in pointless invasive procedures and it also costs higher healthcare. Consequently, there is a rising demand for a more specific and sensitive screening method in prostate cancer. There are many risks associated with surgical intervention such as erectile dysfunction, bleeding, urinary tract infection, and urinary incontinence. Because of that such medical procedures are needed which involves little invasion, and fusion biopsy is somewhat serving this need.

According to several studies, it is proved that the success rate of prostate biopsy combined with traditional core biopsy is about 33%, while the MR/US fusion biopsy has the success rate ranging from 58-70%. Therefore, the need for a repeat biopsy is eliminated by fusion biopsy and therefore it also minimizes additional healthcare costs and patient discomfort. The increasing incidence of prostate cancer in rural areas where there is limited access to healthcare service is one of the factors that will drive the demand for fusion biopsy.

The major restraint with the fusion biopsy adoption in the diagnostic procedure is its high cost. Many companies have launched a highly portable and low-cost MRI that is expected to lower the cost of fusion biopsy. The major companies are emphasizing more on R&D to develop advancement in hardware and software solutions to rationalize the workflow of the targeted MRI/US fusion biopsy.

The medical imaging technology that is accompanied by computer animation has played a significant role in the diagnostic system. Nowadays with the advancement in the technologies, hybrid hardware systems are available in which PET and CT scanners are combined. Improvements have also been made in software modeling techniques and these are expected to improve the biopsy system. All these technological advancements are likely to improve fusion biopsy performance.

The Fusion Biopsy Market has been witnessing rapid growth due to increased incidences of prostate cancer. Fusion biopsy is considered as the most reliable method of detection of prostate and breast cancer. The increase in the deployment rate of multiparametric MRI for the treatment and care of prostate cancer is one of the factors expected to boost the market of fusion biopsy in the coming years.

With the advancement of technology, hybrid hardware systems are available in which PET and CT scanners are combined that give high-resolution images thereby, it will enhance the performance of the fusion biopsy system. The government initiatives are increasing in terms of spreading awareness, funding research, and conducting mass screening programs that are related to prostate cancer care, and treatment is anticipated to play a vital role in boosting the market. The Global Fusion Biopsy Market has been anticipated to rise at a growth rate of 11.5% CAGR over the forecast period.