Global Streaming Devices Market By Product Type (Hardware and Software), By Sales Channel (Offline and Online), By Price Range (Mid & Low and High), By Application (TV, Gaming Consoles and Others), By End User (Residential and Commercial), By Region, Industry Analysis and Forecast, 2020 - 2026

The Global Streaming Devices Market size is expected to reach $16.7 billion by 2026, rising at a market growth of 13.9% CAGR during the forecast period. Streaming is a technology that is used to provide content to different devices like computers, tablets, mobile devices, and laptops through the internet. Streaming conveys data by commonly two audio means and video. In addition to it, streaming is also helpful in connecting home theatre to the Internet or television, and thereby it allows streaming video and music even from online services. 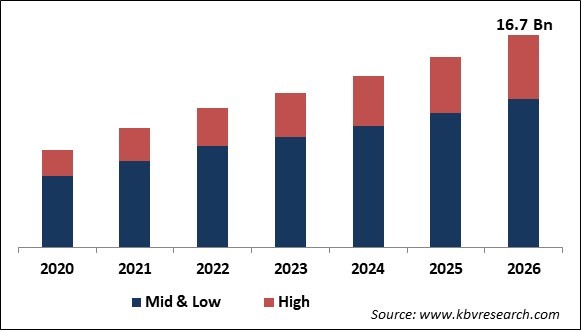 Users can see a video and listen online without downloading it on a computer or other devices by using streaming platforms. Streaming technology is beneficial for the organizations to modernize their daily operations like live scheduling meetings, table conferences, and interacting internally with their customers or clients, this is leading to an increase in its adoption amongst the enterprises. Streaming provides secured video streaming services that are encrypted on-demand and at the same time live video streaming is becoming a differentiating factor that is prompting the customers to subscribe to these streaming services. The key players in the market include Amazon, Hulu, and Netflix, and they are constantly developing top streaming services and keep updating their content libraries to attract global customers.

The streaming media devices market is set to prosper in the forecast period, driven by the growing on-demand content ecosystem. These devices support the streaming of online content without the requirement to download the content or data on the device. It offers improved video quality that is why it is receiving acceptance among the user. On the other hand, these devices are also helpful in accessing and organizing the media library by using the same interface. Furthermore, the rising interest of the audience for online media services and its adoption for streaming media devices in organizations as a marketing tool and this is elevating the market growth. Also, factors such as the convergence of new technologies, growing internet penetration, and the production of the number of mobile users will boost the growth of the market. 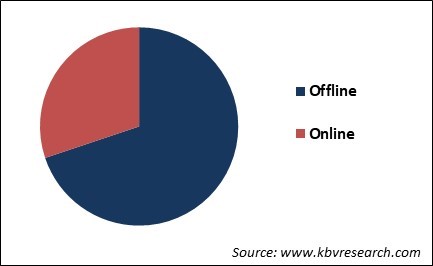 With the improved access to broadband, the introduction of YouTube, and pervasive connectivity many users get the bulk of their content streamed that is directly facilitated to their portable devices from the cloud. The enterprises are using streaming media services globally through social networking platforms just for marketing their products. The users are also preferring to adopt live streaming services via the internet to get delivery of content in real-time events like live television broadcast consequently, the demand for such on-demand entertainment services is continuously increasing for the view of live matches and entertainment programs on portable devices. Moreover, gaming systems are also improving the adoption of these streaming media services.

The major strategies followed by the market participants are Partnerships and Product Launches. Based on the Analysis presented in the Cardinal matrix; Google, Inc. and Apple, Inc. are the forerunners in the Streaming Devices Market. Companies such as Amazon.com, Inc., Xiaomi Corporation, and Humax Holdings Co., Ltd., Logitech International S.A., Roku, Inc., Sony Corporation, and Nvidia Corporation are some of the key innovators in the market.

The streaming devices market size is projected to reach USD 16.7 billion by 2026.

Based on end-use, the residential segment has the highest share of the streaming devices market in the year 2019 and is anticipated to remain a leading position throughout the foreseeable period.