The Global Spintronic Logic Devices Market size is expected to reach $16.7 billion by 2026, rising at a market growth of 39.9% CAGR during the forecast period. Spintronics refers to spin-based electronics that can be used to research the intrinsic spin of electrons in many solid-state devices. The key purpose is to let the electrons spin rather than just their charge, and to use the magnetic moment associated with them. All devices of spintronic technology function as per the spin orientation according to the information stored in the spins. The spins, which are attached to mobile electrons, then carry the information along a wire, leading to a terminal which reads the information. 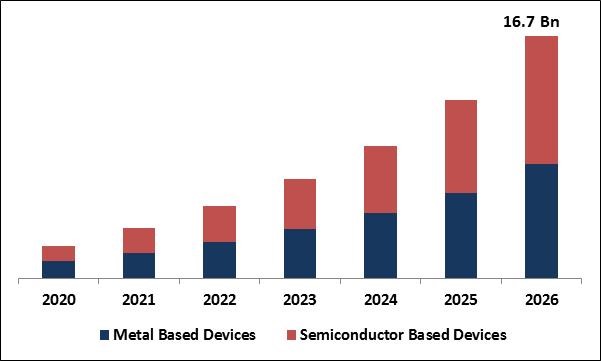 Information is traditionally collected, interpreted, and transmitted in electronic devices using a charge from an electron. This pattern is becoming increasingly energy-inefficient, owing to the fact that load movement within an information-processing system often leads to current flow and related dissipation. Replacing "charge" with an electron's "spin" to transform information can remove much of the power dissipation and lead to more energy-efficient "green electronics" being implemented. This has fueled demand for spintronic logic products, thereby increasing the growth in the market. 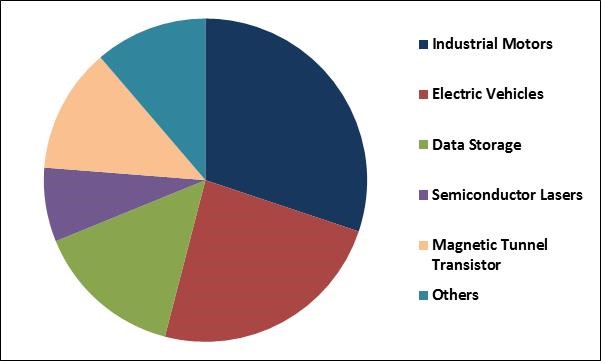 The growth of the global market for spintronic logic devices is motivated by a significant increase in demand for spin electronics in electronic devices due to its many advantages over traditional electronics as it has been commonly used in data storage devices due to its quicker data processing capability and improved storage space. In addition, the rise in electric car penetration, which continues to increase the need for lightweight construction and decreased battery working space & power consumption in electric vehicles, has accelerated the adoption of spintronic products.

The major strategies followed by the market participants are Product Launches and Acquisition. Based on the Analysis presented in the Cardinal matrix, Infineon Technologies AG and Spectris PLC are the forerunners in the Spintronic Logic Devices Market. Companies such as NVE Corporation, Crocus Technology, Inc., and Everspin Technologies, Inc., Kistler Group, MTS Systems Corporation, FUTEK Advanced Sensor Technology, Inc., and Spin Memory, Inc. are some of the key innovators in Spintronic Logic Devices Market.

The spintronic logic devices market is projected to reach USD 16.7 billion by 2026.

The major factors that are anticipated to drive the spintronic logic devices industry include increasing Demand for Spintronics in Electronic Devices, Due to Lesser Power Consumption and Shift from electronics to spintronics opens up possibilities of faster data.

The Asia Pacific market is oen of the major revenue generating regions within the Global Spintronic Logic Devices Market by Region in 2019, growing at a CAGR of 41.7 % during the forecast period.