The Global LED Driver Market size is expected to reach $11.4 billion by 2025, rising at a market growth of 16.6% CAGR during the forecast period. Increased knowledge of energy efficiency and environmental issues, potential marketing of Li-Fi, wireless optical networking data transmission technology, and increased penetration of OLEDs in architectural, industrial and backlight applications. These are factors which would drive market growth over the forecast period. 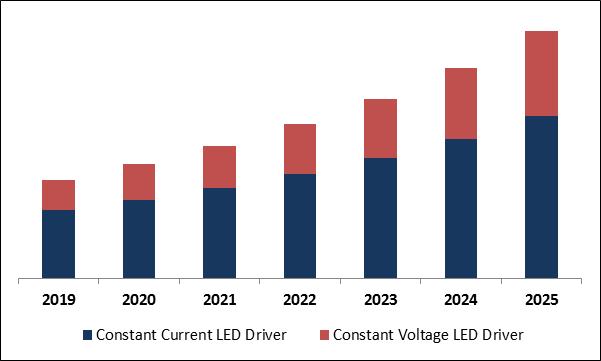 An LED driver is a self-contained power supply that controls the power needed for an LED or LED array. The light-emitting diodes are low-energy, low-energy illumination devices, and have a long shelf life. These factors prompt towards the need for advanced power supplies. A LED light driver is like a controller; it increases and decreases the power level needed throughout the temperature of the LED. The LEDs would become too hot and unstable without the right LED light driver resulting in failure and poor performance. The self-contained LED driver is required to provide the LED with a managed constant amount of power to make sure the LEDs function perfectly. 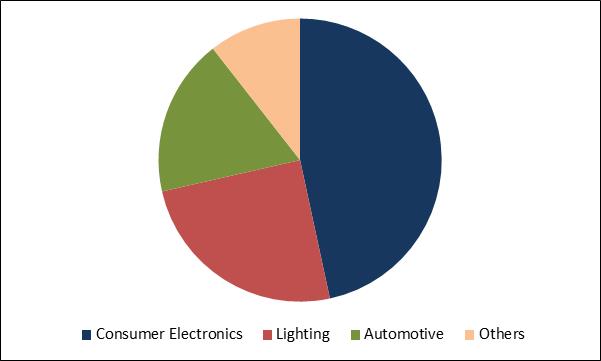 Based on Application, the market is segmented into Consumer Electronics, Lighting, Automotive and Others. Based on Supply Type, the market is segmented into Constant Current LED Driver and Constant Voltage LED Driver. Rising demand for IOT-based connected lighting solutions would cater to the expansion of the LED drivers market. This growth can be attributed to the increasing number of smart homes in advanced countries. In addition, Smart City programs have been initiated by governments of different countries to increase the energy efficiency of populated cities, which is expected to further fuel the market. From 2015 to 2018, the market for the constant current LED driver has seen exponential growth; these drivers are commonly used in applications for high brightness and outdoor lighting. Based on Regions, the market is segmented into North America, Europe, Asia Pacific, and Latin America, Middle East & Africa.