The Global Krill Oil Market size is expected to reach $473.7 Million by 2025, rising at a market growth of 11% CAGR during the forecast period. Krill oil is derived from an Antarctic Krill species. The two most important components in krill oil contain fatty acids derived from phospholipids and fatty acids derived from omega 3. In general, it is extracted using a solvent or solvent-free extraction. Increasing benefits of krill oil for various applications like fortified food & beverages feed for animals, dietary supplements, pharmaceuticals, and others are expected to increase the growth of the krill oil market over the forecast period. 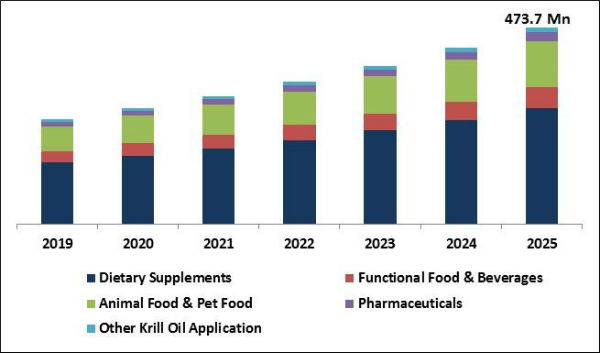 Distribution is a key factor for success in the existing krill oil sector. Increasing competition and relatively slow market growth rates on the krill oil market have compelled firms to concentrate on increasing product expansion. Supermarkets, mass merchandisers, drugstores, and so on, play a major role in the delivery of krill oil products. The transition from niche distribution channels to major mass retailers is driving growing consumer demands for green products. Mass merchandisers like Walmart and Target are incorporating products from krill oil into their retail chain. 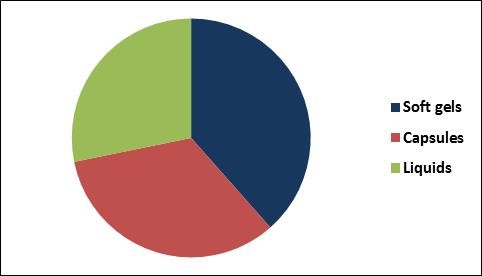 Dietary supplements, functional foods and beverages, and pharmaceuticals are the main segments of application due to increased demand for sports supplements along with increased awareness of gastrointestinal health. Demand for pet and animal feed is expected to be witnessing high demand due to increasing pet ownership and rising disposable incomes in the global market. Growing product innovation in the animal and pet feed market is expected to increase demand for krill in the coming years. The rising demand for fortified pet food products in this application segment is expected to further propel the market for krill oil.

According to a new report published by KBV Research, The global Krill Oil market size is expected to reach $473.7 million by 2025.

The major factors that are anticipated to drive the Krill Oil industry include the Growing Number of Cancer Patients, Benefits of krill oil, and Rising Demand for Omega-3 Products.