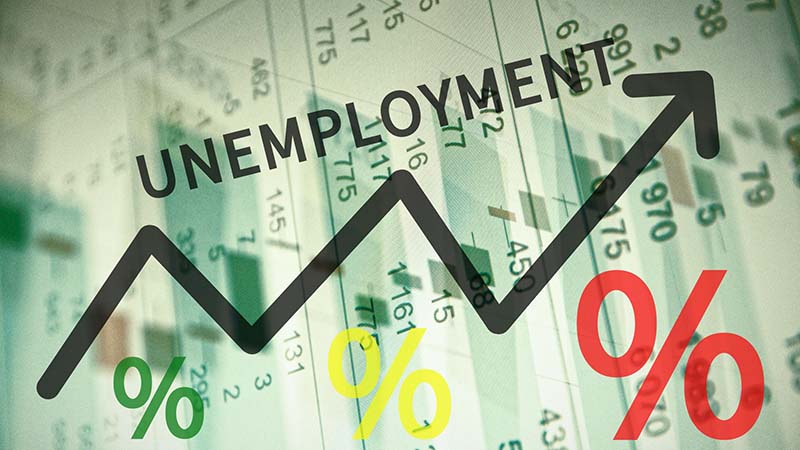 The Covid-19 pandemic showed us what we have never thought. We all have witnessed its effect individually. There is a huge impact of the pandemic on the global economy and unemployment rate. Every country whether developed or under developing have faced major issues.

Falling economy, rising unemployment rate, increasing death rate and similar increasing or decreasing rates are the biggest concern of the countries. There is a need to get over these impacts and stand strong in this situation.

Many people lost their jobs and many sectors witnessed a major drop during the lockdown period. Due to this, people got depressed and even committed suicide. To cope up with this falling economy and unemployment rate, governments of many countries have run campaigns and even generated relief funds for the same.

Current Scenario of the world

If we look into the present condition, we can easily draw the difference in the situation during lockdown and post lockdown. Many people are getting back to their offices, some people are getting new jobs and the world’s economy is gaining some momentum.

Although the situation is not like it was before the pandemic, we all are stepping out and accepting the new normal. There is also a decline in the unemployment rate after the lockdown. Many companies are reopening and also hiring people, which are uplifting the growth graph of the world.

The unemployment rate took a leap during the lockdown period. People were expelled from their jobs while many companies collapsed. It was a very difficult phase for everyone, who has a job and one who was seeking a job. Although, the situation is a bit better now.

Many countries like the UK, the US, etc., have seen the biggest numbers in the pandemic. The governments of many countries are trying their best for uplifting the shutdown economy. It’s been a difficult task but people are cooperating for the same to make it happen.

Almost every economy is getting back on track. In this New Year, the vaccination process will start in many countries. This will boost employment as more people will go out and work without the fear of getting infected by the virus. Companies will also hire more people to support their growth rate.

Unemployment in the US

According to the World Economic Forum, 9.8 million fewer Americans had a job at the end of November than February 2020. More than a million jobs were lost during the crisis. Almost 600,000 manufacturing jobs had vanished due to the factories clash with supply chain disruption and fall in demand.

There is a wide range of economic indicators which showed that the crisis made the existing inequalities worse. There is a huge impact of this crisis on the minorities and vulnerable group. Although the situation is getting better with the recovery of 245,000 jobs in November 2020.

There is an unemployment rate of 10.3% in November, for African American workers. It is 4.5% higher than the rate in February. The difference between the unemployment rate for the white workers from February is 2.8 per cent in comparison to the black Americans.

Unemployment hit in the UK

According to the BBC news, the most recent unemployment rate in the month of August to October was 4.9%, given by the Office for National Statistics (ONS). There is an increase of 0.7% in the last three months of 2020, which meant that 1.69 million people were unemployed during this period.

The unemployment rate in 19 countries rises to 8.1 percent that uses the euro as currency in August, which was previously reported to be 7.9 % in July. It is also reported that 13.2 million people were unemployed and the number of expelled workers increased by 251,000.

It is also estimated that 80 per cent of jobs were affected in the urban economy which was self-employed. 54% jobs have affected the rural economy that was casual employed, according to the International Labour Organization.

Industry-wise fall due to Covid-19 pandemic

If we talk about industry-wise fall down during the pandemic, we all can map out affect it cause on various sectors. Hospitality and leisure sector is majorly affected due to the pandemic. Although, the effect may differ from country to country. Due to COVID-19, the airline industry is in free fall as travel bans cause significant decline in passenger numbers and revenues in rapid time. International Air Transportation Association (IATA) estimates passenger revenue losses up to USD252 billion in FY2020-21.

Building, Construction and Real Estate (BCRE) sector has been significantly impacted by the pandemic as no construction activities are taking place for the past month on account of the lockdown and the sector is expected to see a slow pick up as many workers may have migrated to their hometowns due to loss of work.

During the lockdown however, certain segments of Media and Entertainment (M&E) sector are seeing consumption growth, particularly in TV, gaming, digital and Over-The-Top (OTT) content. On the other hand, outdoor consumption models – films, events, etc. are witnessing a dramatic fall with social distancing norms in place.

However, the health sector has a positive effect of a pandemic while the education sector has seen a slow yet minimum effect as compared to other industry. During the lockdown period, the entertainment industry was completely shut down but it gained its momentum afterwards.

This year was very difficult for all of us in every aspect, be it financially, medically, or mentally. We have seen many ups and downs this year, from the global to the individual level. Many developed countries are also suffering from the high unemployment rate, low GDP, and many more.

Although, the things are getting back on track after the lockdown. The government of many countries has initiated some campaigns to boost the economy. Some relief funds have been also generated to help the people for their survival and support the economy.

US government has generated economic relief funds for many people and businesses. Similarly, other countries have also helped the population in various ways. Apart from that, the vaccination process has started in many countries, which will further lead to improve the unemployment rate.

Till the time, we all need to support each other in this difficult situation and stand strong together.