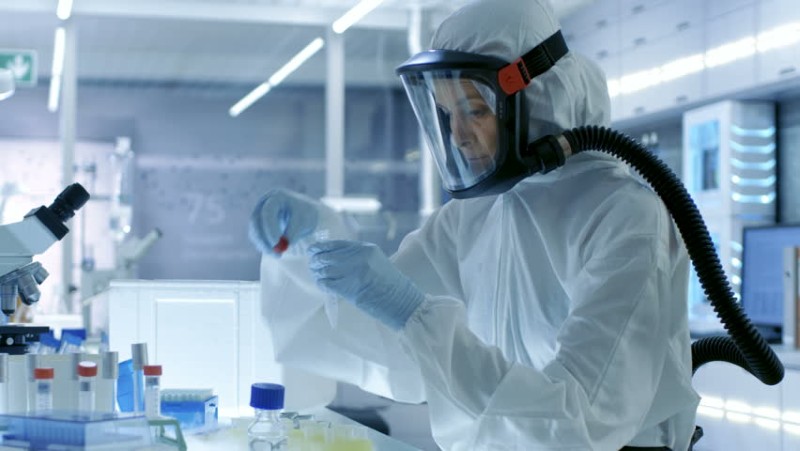 Biodefense means a group of military or medical procedures that are deployed to re-establish the biosecurity of a nation. Threats such as biological toxins or infectious agents can be used with evil intentions like killing or infecting humans, animals, or the environment and to provoke biological warfare.

A bioterrorism attack is the intentional release of viruses, bacteria, or other germs to cause an epidemic or death. These germs are frequently found in nature. However, they can be made more harmful by expanding their capacity to result in disease, spread, or resist medical treatment.

Biodefense is a medical measure to shield individuals from bioterrorism. This involves vaccinations and medicines. It also includes medical studies and preparations in order to counter bioterrorist attacks.

Tularemia is also known as rabbit fever. Though tularemia has a very low death rate, but can severely debilitate even if treated. The cause of the disease is Francisella tularensis bacterium and is transmitted via contact with inhalation, fur, ingestion of contaminated water, or insect bites. Francisella tularensis is very infectious. If F. tularensis is to be utilized as a weapon, the bacteria would likely be transmitted for exposure by inhalation.

People who breathe an infectious aerosol likely experience acute respiratory illness, including life-threatening pneumonia and systemic infection, if they are not treated properly. The bacteria that result in tularemia occur extensively in nature and could be separated and developed in quantity in a lab. However, developing an efficient aerosol weapon would need significant sophistication.

Anthrax is a non-communicable disease resulted from the spore-forming bacterium Bacillus anthracis. The capability of Anthrax to develop within small spores, or bacilli bacterium, makes it promptly penetrable to porous skin and can result in abrupt symptoms within a short span of time. The spread of this pathogen in extremely populated regions is known to carry less than one percent mortality rate. An anthrax vaccine does exist but needs many doses for stable utilization.

Anthrax was utilized in numerous attacks by a microbiologist at the US Army Medical Research Institute of Infection Disease. The anthrax was present in powder and it was delivered by mail. This bioterrorist attack naturally produced seven cases of cutaneous anthrax and eleven cases of inhalation anthrax, with five resulting in deaths.

Smallpox is an extremely contagious virus. It is transferred simply through the atmosphere and has a very high mortality rate. Smallpox was completely eliminated from the world in the 1970s. As biological weapon smallpox is difficult because of the extremely infectious nature. Besides, the infrequency with which vaccines are delivered among the common people since the elimination of the disease would make people vulnerable in the event of an epidemic.  Smallpox happens only in humans and has no exterior hosts or vectors.

Reasons for the growth of the Biodefense Industry

There are numerous aspects that fuel the use of biodefenses like supportive initiatives from the government, expansion in the number of naturally occurring outbreaks, and the increasing threat of biological weapons and nuclear-armed ICBM. The broad deployment of environmental biosurveillance technologies by the federal government began after the anthrax mailings, and the initiatives from governments to expand the development of these technologies have also increased.

Rising awareness about bioterrorism attacks in different developed economies, such as Germany and the U.S. will boost the growth of the global biodefense industry in the next few years. These attacks are referred as the process of intentional release of bacteria, viruses, and other adverse microbes, that can bring devastation.

These scenarios bring destructive influence on the economy and human life & health. Further, it causes depletion of human resources. Because of such a situation, the governments in the emerged nations take several initiatives along with preventive steps in order to respond to these attacks.

The ability to re-design viruses easily

Over the past few years, the field of genetic engineering and biotechnology has seen advancements. Hence, it becomes possible to re-design these naturally occurring viruses. They can be modified to create more harm to individuals and animals. Moreover, the easy accessibility of these viruses has made biodefense a significant aspect of the national defense for any country.

The biodefense market is still in the initial phase. Governments across the globe are taking many initiatives that ensure the security of the population. Many governments are planning to start programs that involve storing vaccines and biodefense machines that can be utilized for a sudden bioterrorism attack.

Owing to the growing threats of bioterrorism, we assume that the biodefense market will witness a massive growth in the upcoming years.

The Global Adaptive optics market size is expected to rise at a market growth of 5.8% CAGR during the forecast period.