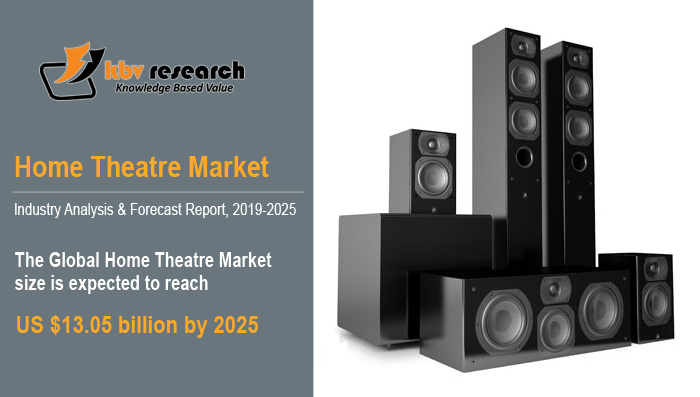 One of the most exciting things in general about home theatre and audio is that it always evolves. Back in the 1980s, when the home theatre was introduced, Laserdisc was the best technology available to consumers with two channels of audio. The technology is continually being moved forward into new areas these days with 4K Ultra HD content and receivers that can accommodate up to 13.2 channels with Dolby Atmos. Companies are always striving to stay on top of the existing trends and also look to the future for anticipating the big picture.

What is the home theatre?

Home theatre is defined as a setup in homes, of audio and video equipment that emulates the experience of a cinema theatre. In general, a good home theatre setup can be more impressive than several small multiplex cinema screens. A home theatre device is a mix of electronic components designed to replicate the experience of watching a movie.

You're more immersed in the experience when you watch a film on a home theatre system as compared to when you watch it on an ordinary television. Home theatre systems are home audio-visual entertainment technologies that seek to reproduce a film theatre experience and mood. This is done using consumer electronic video and audio equipment that is set up in a private homeroom or backyard.

Trends for the Future of Home Theatre

For smart speakers and many TVs now offering voice control for protocols like Amazon Alexa and Google Assistant, this is well underway and it is also starting to spread to some A/V receivers. For now, however, you can only use a device activated by Alexa or Google Assistant to talk to and control the receiver. But it's only a matter of a few years before these technologies start getting integrated into the receivers themselves.

Devices like Alexa can be used to control systems, and be connected with up to at least eight devices, via voice command. But setting up is a bit of a hassle and it works through IR signals so it needs to be a line of sight. But you will be able to use voice control one day in the future with phones that are all connected to your WiFi network. All fully integrated into one device with each piece linked to each other via WiFi, that's some really powerful tech.

More people are adding additional screens in a home theatre or media room. This is particularly true for sports fanatics, who want to be able to watch more than one live event at a time, making the idea of a screen-inundated sports bar obsolete. It's kind of a parallel version of what's happening with larger speaker systems enabled by Atmos, but with the key distinction being that multiple screens will give people the ability to consume multiple media offering at once.

There are already A/V receivers out there that simultaneously allow output to two monitors via HDMI, it will be interesting to see if this trend is becoming sufficiently common to see three or even more outputs on new models. It's not going to be for everyone to turn a living room into mission control, but as display tech becomes cheaper and cheaper, we can certainly see more than one screen becoming more prevalent in a room.

Streaming continues to dominate the way people listen to music on the strictly audio side of things. Because of this, Bluetooth speakers are becoming a very common method of listening conveniently and with minimal hardware to these audio streams. Such Bluetooth speakers have not been of very high quality in the past, and often it seemed that "better than your phone" is the only real bar to be reached.

But this is changing rapidly, with more speakers offering better performance levels. In addition to Portable speakers offering increased sound quality, another emerging trend is larger form factor products that can deliver higher-decibel-level sound and greater bass extension. Since Bluetooth speakers will continue to be used by larger numbers of people and in a broader variety of environments, it is likely that the trend towards speakers with larger drivers and even three-way setups will continue.

The home theatre application is designed to provide the consumer with an entertainment choice. In just one system, users can watch TV and movies at home with a little extra excitement than normally just watch a plain-old TV on their own.

In reality, going to the local cinema is a distant memory for many because staying at home is less expensive and more convenient. Additionally, with the ever-decreasing period between theatrical and home video broadcasting and streaming release, waiting a few more months to watch the major blockbuster movie or TV show isn't necessarily a big deal, as long as you avoid spoilers from those who've seen that film. Furthermore, there is the fun of binge-watching for television shows - instead of watching the next episode; you can watch many during one viewing period.

Through borrowing from and adapting the movie theatre's picture and sound technologies to the home environment, TV and audio manufacturers provided the user with the ability to simulate the film theatre experience at home, depending on the equipment and product control choices picked. The Global Home Theatre Market is anticipated to reach emerge at a CAGR of 8.3% over the coming years.