What are Probiotics and How Have They Emerged as a Big Business? 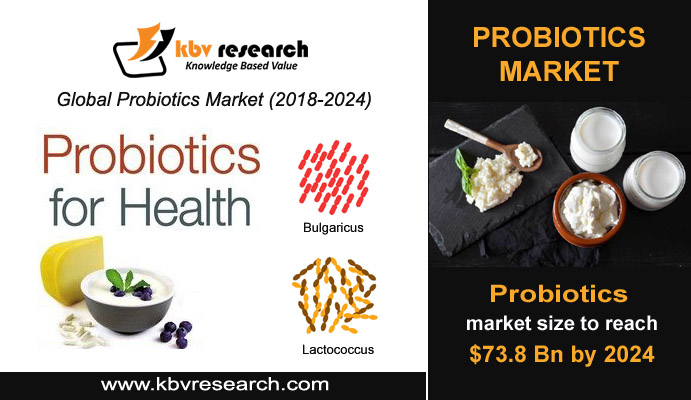 Bacteria have a reputation for spreading disease, so the idea of throwing down several billion per day for your health might seem literally and figuratively difficult to swallow. However, more scientific evidence suggests that certain food and diseases that contain certain types of live bacteria can be treated or even prevented. Europeans consume these kinds of advantageous microorganisms, called probiotics (from pro and biota, meaning "for life"), and mostly because of their tradition of eating foods fermented with bacteria, such as yogurt. Probiotic beverages are also big business in Japan.

Probiotics are healthy bacteria that, if consumed in sufficient quantities, lead to health benefits for the host. It also functions as an anti-pathogens buffer and is therefore effective in the treatment of food poisoning.
Probiotics are live bacteria found in yogurt, foods, and pills that are fermented. It is presented to the human digestive system as an advantage. There are normally trillions and trillions of bacteria in humans. Each time humans swallow, they ingest bacteria. Many of these swallowed bacteria are safe and have no problems, although most of them are safe. It's a question if someone who takes a probiotic far beyond yogurt is really beneficial for health.

What justifies the need for Probiotics?

On the viewpoint of increased healthcare spending and huge pharmaceutical spending, antibiotic consumption per capita is increasing. Low and medium-income countries are increasing in terms of disposable per capita income, and this factor is boosting antibiotic consumption in these countries. In addition, in some of these countries, favorable antibiotic push policies have amplified antibiotic use. Excessive use of antibiotics by individual results in micro-biota imbalance and also reduces bacterial diversity as well as the overall bacterial count in the gut.
Harmful effects of excessive antibiotic consumption have been reported, requiring additional supplementation of friendly bacteria into the body. Some of these bacteria have also developed antibiotic-resistant properties and do not respond to the antibiotics consumed. Therefore, replenishing such bacteria in the body is important, thereby nucleating targeted bacterial strain consumption. A larger chunk of such antibiotic-based inhabitants has absorbed and started consuming the importance of probiotic supplements.

The positive impacts of using probiotics:

Probiotics are commonly known for their ability to prevent or reduce diarrhea. A common side effect of antibiotics is diarrhea. It is because the balance of good and bad bacteria in the intestines is susceptible to the negative impact of antibiotics. A few studies suggest that a lower risk of antibiotic-associated diarrhea is associated with probiotic use. Researchers have found, in one study, that taking probiotics reduced 42% diarrhea associated with antibiotics.
Other types of diarrhea not associated with antibiotics may also be cured with probiotics. A vast review of 35 studies found that certain probiotic strains can reduce the infectious diarrhea duration by an average of 25 hours. The risk of traveler diarrhea was reduced by 8% by probiotics. They also lowered 57% in children and 26% in adults the risk of diarrhea from other causes. The efficacy varies according to the probiotic type and dose.

Concerns associated with the use of Probiotics:

While most people do not experience side effects, a temporary increase in gas and bloating is the most commonly reported reaction to bacteria-based probiotic supplements. Those who take yeast-based probiotics may experience constipation and increased thirst. It is not known exactly why some people experience these side effects, but they usually subside after a few weeks of continued use.

Some foods rich in probiotics, such as yogurt, contain biogenic amines. Biogenic amines are substances that form when foods containing protein age or are fermented by bacteria. The most common amines found in probiotic foods include histamine, tyramine, tryptamine, and phenylethylamine. Amines can excite the central nervous system, increase or decrease blood flow, and can trigger headaches in people sensitive to the substance. One study found low-histamine diets in 75% of participants reduced headaches.

Probiotic products contain specific strains of live bacteria with potentially beneficial health effects. A number of studies show that probiotic milk products can be effective for digestive health and can improve various digestive problems. Evidence indicates that probiotic milk products enhance digestive and overall health by improving gut microbiota and promoting immunity. In infection with Helicobacter pylori and irritable bowel syndrome, these products may be beneficial and may prevent antibiotic-associated diarrhea. To confirm these findings, large randomized controlled trials and long-term cohort studies have been included. Further research is also needed to explain the role of probiotic milk products in intolerance to lactose and gastric cancer.

The probiotics market is going to show rapid growth over the next several years owing to the health benefits of probiotics and increased consumer perception of the same. Long shelf-life, high probiotic product stability, and high pharmaceutical industry interest are expected to boost growth over the coming years due to a high-profit margin on such products.
The increasing costs of the health sector and the advent of the internet era have resulted in an increased preferential treatment of prevention. This has made it easier for consumers to diagnose their problems. There is also an increasing consumer awareness of the health benefits of probiotic products. These factors are expected to lead to significant growth throughout the forecast period. In addition, the global probiotics market is expected to emerge in the next few years at a CAGR of 7.7 %.