Is hydroxychloroquine a potential antidote for the coronavirus disease? 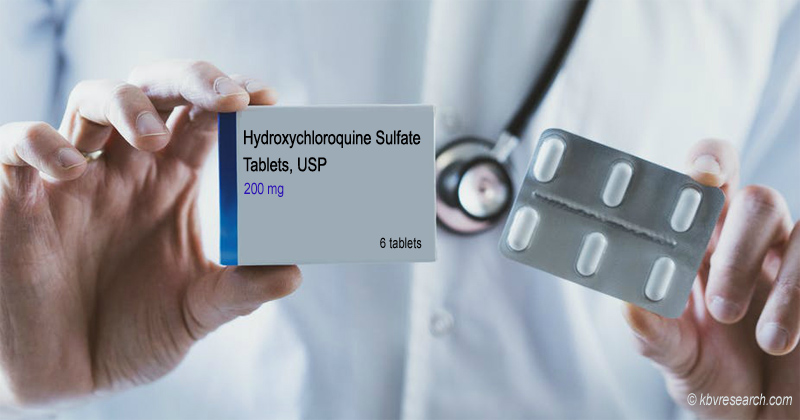 Hydroxychloroquine has recently emerged as a savior to cure the symptoms of coronavirus. Hydroxychloroquine is a drug used widely to treat malaria and is also prescribed for the treatment of rheumatoid arthritis (inflammation of joints) and lupus.

Viral disease outbreaks such as COVID-19 emphasize on the need for approvals of effective medications. India is the manufacturing hub of 70% of the world's hydroxychloroquine supply. What's more, the country has the capacity to quickly ramp up the output of the drug. Here’s all that you need to know about the hydroxychloroquine medication and its relation with the coronavirus disease.

Hydroxychloroquine is an anti-malarial drug and is quite similar to chloroquine (Aralen) and is effective in the treatment of many malaria causes, as well as lupus erythematosus and rheumatoid arthritis. Its working mechanism is uncertain. Malarial parasites invade red blood cells in humans.

A moderate nausea and occasional stomach cramps and moderate diarrhea are the most severe adverse effects. Also after the use of hydroxychloroquine is discontinued, the most severe side effects impact the eye, with dose-related retinopathy as a concern. Adverse effects may include stomach cramps, diarrhea, heart problems, decreased appetite, fatigue, nausea, and vomiting, for short-term treatment of acute malaria.

The research reported in the International Journal of Antimicrobial Agents (IJAA) stated that Azithromycin (an antibiotic) applied to hydroxychloroquine was substantially more effective in virus elimination. However, the research was flagged for lack of clarification on the scope and inclusion requirements to draw a definite conclusion. Yet Trump started rooting for the drug by March 21, labeling it as a "game changer." This had led to panic purchasing in the US, and consequent drug shortage, negatively impacting rheumatoid arthritis and lupus patients.

Profound pieces of evidence over its use

There are some small, very preliminary studies that offer conflicting results. One laboratory research indicated that this curbed the capacity of the virus to penetrate cells. The 11-people study found it had not improved how quickly patients healed the virus or its symptoms. A study from China reported that the drug benefited more than 100 patients in 10 hospitals, but they had varying degrees of disease and had been treated with different doses for different periods of time, so without the drug there would have been no group who didn't get the drug for comparison.

Other Chinese researchers reported that cough, pneumonia, and fever tended to improve faster among 31 Hydroxychloroquine patients compared to 31 others who did not receive the medication, although fewer people in the comparison group had cough or fevers to start with. Four people experienced serious illness and all of them were in the community not receiving the drug. These findings have been posted online and have not been checked or published in a journal by other scientists. Eventually, France's small research that President Donald Trump described as evidence of the efficacy of the drug is now in doubt.

While the COVID-19 pandemic is spreading across the world, a sudden interest in an anti-malarial and anti-inflammatory drug named hydroxychloroquine has emerged. It's being described, especially by U.S. President Donald Trump, as "one of the biggest game-changers in medicine history" and a coronavirus treatment given incomplete scientific evidence.

Brazilian President Jair Bolsonaro has expressed gratitude toward PM Narendra Modi for providing crude materials to proceed with creation of Hydroxychloroquine to treat patients of COVID-19.

India had exported $36.41 million worth of HCQS in April-February 2019-20, as per the Pharmaceutical Export Promotion Council. India is capable of producing 40 metric tonnes of HCQ per month, which is approximately 20 crore 200 mg tablets, according to state data. The government has said current stocks are sufficient to meet domestic demand and export commitments, but it is tracking the drug's sale.

Hydroxychloroquine is a less toxic metabolite of the chloroquine antimalarial drug, which is used as an immunomodulator to treat autoimmune diseases. In cell culture, chloroquine and hydroxychloroquine have been shown to prevent viral infection, leading researchers to hypothesize they could have an in vivo antiviral effect.

Hydroxychloroquine has achieved widespread use in treating extreme acute respiratory syndrome coronavirus 2 (SARS-CoV-2) infections, given the lack of clear controlled clinical trial proof of its efficacy. The World Health Organization is conducting a trial, of which India is a part too, of which doctors are to follow a specific procedure to treat hydroxychloroquine COVID-19 patients.