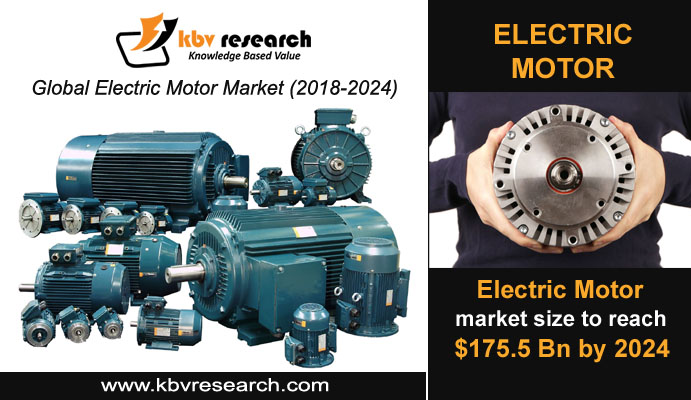 What is an Electric Motor?

The growing need for Electric Motors

The use of high-efficiency electric motors can lead to substantial reductions in energy use and significant cost savings. Other factors need to be taken into consideration, including the variations in material quality and the higher initial costs.
What distinguishes an electric motor from a mechanical engine is the intrinsic value. In the best cases, an electric motor is involved in everything that exists in the contemporary world, ranging from the cooling of home or office to the preparation of food, to the cooling of food. In addition, an electric motor produces torque as output if it consumes electricity. If the torque was used, however, an electric motor would generate electricity, which means an alternator or a generator instead of using electric power.

When many people think of high-efficiency motors, they think of saving energy and reducing the cost of running them. The use of energy efficient engines reduces operating costs, which is however only one of the many advantages. In view of all the advantages, it is really a no-brainer to decide how to use an energy-efficient unit.
The high initial costs of an energy efficient unit are one thing which needs to be carefully considered. When the engine runs under normal conditions, the initial cost of an energy-efficient unit is often scrapped. That is a point when users begin to see a return on their investment. They will keep saving money as long as the unit remains in operation. However, it may cost less to repair an existing unit, but consider the energy-efficient option when it is necessary to substitute the engine.

In comparison with traditional motors, electric motors have a number of advantages. The initial cost of an electric motor is significantly lower than a fossil-fuel engine with the same rating of horsepower. Electric motors have relatively little moveable component, which means that they have a longer service life. Typically, a well-maintained electric motor can operate for up to 30,000 hours without major repairs. Electrical motors generally need minimal maintenance.

Where do we see Electric Motors?

Some common household appliances like a refrigerator need small engines to run its compressor. This pumps the coolant into a liquid to create a cold temperature to conserve new products. Similarly, the air conditioners work. There is also a motor in the microwave, kitchen equipment used for heating frozen goods and thawing them. The heated process starts with the microwave itself. The electric motor is present in the turntable mechanism which slowly rotates the food.
On the other hand, frontloading machines usually do only one thing. The air conditioner option is equipped with one of the largest motors ever operated within homes. It can also be the loudest according to its size and make. No one can deny that the conditioners are highly preferable as they reduce the temperature from hot or moist afternoons with an energy-and cost-effective way.

There are currently a thousand of fans and pumps used to handle heater, cool the air and pump fresh water in the building workshops, warehouses, hotels, and hospitals. In addition, power electronics opens up its way in many areas thanks to advanced functionality and high reliability, making buildings energy-efficient. Electric motors are highly powerful, capable of saving up to 40% of energy. Therefore the demand for electric motors in various residential buildings, office buildings and hotels is increasing.

There is an electric motor everywhere. This is particularly true in the age of electric cars, wind turbines and photovoltaic systems. Electric motors are used for more than 60% of all electricity used in the industry. The heavy electric load includes air conditioning, coolers, laundry systems, and dryers in tens of millions of homes. Therefore, the problem of electric motor technology is not a small one. Efficiency points of a few percentages may lead to a significant decrease in electricity use. This is why the Department of Energy spends a lot of time and money for the ultimate energy efficiency.

Now that electric vehicles are heavily pushed over around the globe and every major operator attempts either to catch up or try to stay up - depending on the location - there are a second-generation engine and converter that really works efficiently and noiselessly with suppliers of these components. Vehicles which emerge in the coming few years have improved significantly in terms of efficiency, noise, and performance. At the same time, certain electricity train products have a high level of integration and tighter packaging. In the coming years, the global market for Electric Motors is projected to rise at a CAGR of 7.4%.