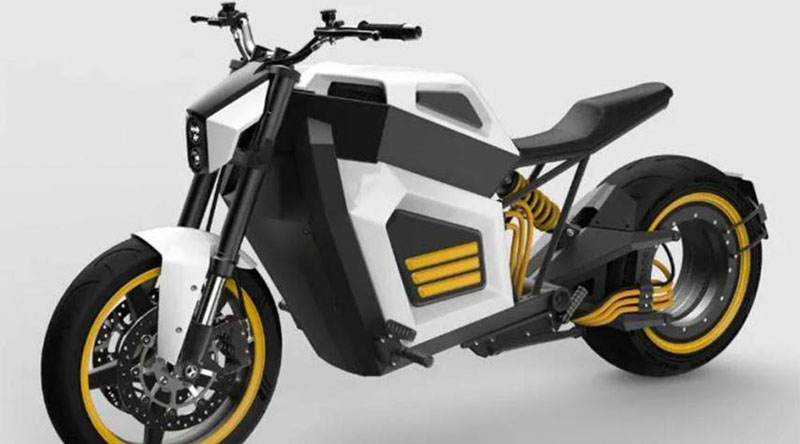 The energy crisis is one of the pressing issues in the modern era due to the rapidly draining resources of petrol, diesel & natural gas. Along with this, environmental degradation is another aspect which is increasing the draining of resources & this is an alarming notification.

To tackle these issues, E-bike emerged as the latest & new concept. This new concept provides benefits to both the users & the environment. The Electric Bike operates on a battery & powered by a motor. The primary objective of using the E-bike is that it is user friendly, affordable & comparatively cheap.

E-bike is an improvement of the traditional bicycles. The major differences between the two are the application of the motor, utilization of the controller to regulate the motor system, and battery to provide power to E-bikes. The utilization of motor is to provide additional power with an aim to enhance the riding experience.

Electric bikes offer various advantages regarding sophistications, & unique properties. These advantages are not present in traditional bicycles. Some of the prominent advantages are explained below:

An in-built motor helps the motion of the e-bike forward. Afterward, we can increase the power with the help of pedaling. Then, the speed becomes directly proportional to the complete power applied to the system. Due to this aspect, it becomes possible to arrive at the destination faster in comparison to traditional bikes.

In common situations, the people residing in the mountain areas cannot avail the benefit of bikes as it is not feasible to carry the bikes to that altitude. As a result, the only transport medium could be motor propelling transport frameworks. As e-bikes are capable of supporting these systems, there it fulfills the needs properly, and are easy to maintain.

E-bikes require much less effort as compared to riding any regular bike. This is because e-bikes motor can supply the extra force to boost the wheels. Eventually, the rider requires much low effort on the pedal than regular bikes. Due to this aspect, riding e-bikes is fun-filled & easy activity. Moreover, there is no strain in riding e-bikes, hence there is not sweat again, and the rider stays clean & tidy.

There is basically no difference between a traditional bike and an e-bike, by the appearance it looks. The majority of people, who are not familiar with e-bike, do not prefer these bikes. The look of e-bike is enough to support this concept that is extremely easy, still very effective.

Technology is the major concern for e-bikes. At present, we do not have saving battery that is integrated to manage long-distance traveling. In a similar manner, the weight of it is really heavy, and it consumes a lot of time for recharging. In addition, another issue with electric bikes is that they have short battery durability with respect to standard power.

Another issue is the effectiveness of e-bike could be the present cost of the electric bikes. The price is comparatively massive as compared to traditional bikes. This is due to the incorporation of three primary elements defining e-bike, motor, the battery unit, and the controller. However, this cost range can be cut down when it achieves popularity; hence this price is only momentarily.

The benefits of E-bikes have gained wide popularity recently. The involvement of large companies helped to augment this even further. These companies planned to integrate many advanced technologies in the design of the e-bike. There is a replacement of brush motors with Brushless motors with an aim to make it efficient, durable & noise-free ride. The e-bikes become very light in weight and offer superior performance.

Therefore, e-bike in current scenarios is witnessing prominence due to the aspects such as good-looking, lightweight, & able to make a long ride up to 55 miles on one charge.

With the rising utilization of natural resources of diesel & petro, it becomes essential to switch our thinking towards ideal alternatives such as the Electric Bike & others. With changing times, it becomes vital to develop new methods of transport that can suit the current trends. Electric bike refers to the advanced version of the current bicycle with the help of electric energy and also solar energy if solar panels are available.

Because electric bikes are energy efficient, they are economical for anyone. People of any age can use this mode of transport for shorter distances. The most beneficial feature of the electric bike is that it does not operate on fossil fuels, hence helping in saving precious monetary & natural resources. The other important feature is it causes minimum to zero pollution, eco-friendly, & noiseless in operation.

The Global Electric Bike Market is expected to rise at a growth rate of 11.2% CAGR during the forecast period.