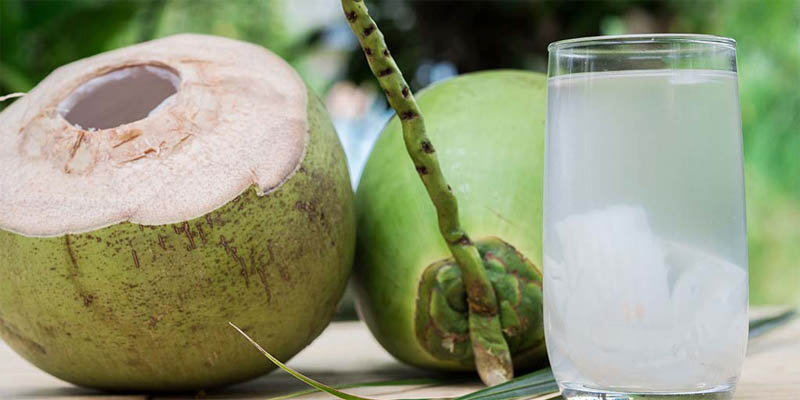 As coconut water is a nutritious and healthy drink, it is increasingly consumed by the people. Natural, young, and fresh coconut has a higher content of water in it. They are rich in electrolytes and have highly nutritious. Coconut water is commonly called coconut juice.

The rising awareness among consumers for the consumption of healthy drinks has increased the demand the coconut water in both fresh and processed forms. The modern generation is more conscious of their calorie intake. So coconut water fits into their expectations.

What is coconut water?

Coconut water is the liquid that is found in the central part of the young and green coconut. It nourishes the fruit. The watery part of the coconut is initially present in the fruit and helps in providing nourishment to the growing fruit. As the fruit matures, juice ripens to form a solid part, and some remain as a liquid.

The nutritional value of coconut water

Side effects of coconut water

Although coconut water is considered as a healthy drink. It also has some side effects. Some people may feel the fullness of the stomach or an upset stomach after taking coconut water. It may cause allergy in some though it is very rare. People suffering from kidney disease must limit the consumption of coconut water.

Coconut water is a good source of many nutrients required by the body. It is rich in sodium and potassium. These electrolytes are very important for the body. It also contains carbohydrates, proteins, magnesium, and calcium.

The free radicals produced in the body during metabolism. These oxygen free radicals are harmful to the body and cause oxidative stress. Coconut water has antioxidant properties and it neutralized the effect of free radicals.

Improves the health of the heart

Drinking coconut water on a daily basis decreases the risk of heart disease. It also reduces fat and cholesterol in the blood. This in turn controls the blood pressure.

Coconut water is a very good hydrating agent. It is suggested to take coconut at least 1-2 cup of water after exercise. Those who follow a strict diet for weight gain or loss should include coconut water in their diet.

The companies that are involved in the processing and selling coconut water package it in two different ways. Either it is packed in tetra pack or in plastic bottles.

It is in the form of a food cartoon. Coconut water in the tetra pack can be stored for a longer duration of time. People prefer to buy tetra packs as it is easy to carry. Tetra pack is available in different sizes.

Coconut water is also packaged in plastic bottles. Depending on the volume of water, it differs in size.

Coconut water powder is also available. Powdered is made by evaporating the water followed by freeze-drying. They are later rehydrated by adding water to it.

Coconut water in liquid form is either taken directly from the fruit or is packed. This is made available in tetra-pack or in plastic bottles.

Regions in the world where Coconut Water production is high

The coconut water processing and selling are largely dependent on the production of coconut in the region. Indonesia is the leading country in the production of coconut all across the globe. South Asian countries are rich in coconut. India is the third-largest producer of coconut. So in this are the cost is less. Whereas in European counties, coconut water is available mostly in processed and packed forms.

The Coconut Water Market has been witnessing rapid growth due to increasing awareness about the consumption of healthy drinks among the people. Nowadays coconut water is available in small & compact, easy-to-carry tetra packs and plastic bottles. It is also available in different flavors. There are many health benefits of coconut water that make them more preferable for health-conscious people.

Although there are few side effects of coconut water for some people. They may get allergic reactions on their skin. Increasing adoption of the vegan diet and escalating preference for non-dairy products the factors that are boosting the market. The Global Coconut Water Market has been anticipated to rise at a growth rate of 16.8% CAGR over the forecast period.