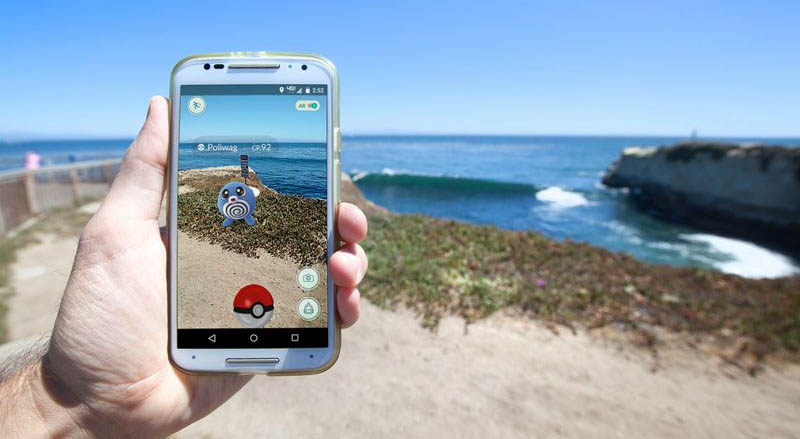 AR technology is one of the most used technologies in many areas. There are many apps that you usually use on your smartphones that are based on AR technology. It enhances the real-world experience by adding computer-generated visuals or information.

It helps users to experience the outside world by just sitting at your home. You can experience AR technology on your smartphones. There are many apps that are based on this technology, for example, Snapchat; some gaming apps also use AR technology.

What is the concept of Augmented Reality?

Augmented Reality is an interactive technology for an experience of the real world where things reside in real life is enhanced by computer-generated information. AR technology is accessible on your smartphones also. Apart from smartphones, there are a few devices that are specially made for using AR technology like smart glasses.

It is one of the biggest technology in the world that is easily accessible. It is widely used in many sectors for enhancing their user experience. There are many mobile apps especially gaming apps use this technology to make it more appealing like Pokémon Go.

AR technology is contributing a lot to the health care sector. It allows training the medical students by explaining complex medical conditions and procedures through AR technology. It also allows doctors and surgeons to look deep into the condition of the patients and treat them accordingly.

Many smartphone apps use AR technology which includes gaming apps, shopping apps, etc. The most common and famous app Snapchat uses AR technology on its platform. Nykaa, the beauty, and skincare brand’s app also use AR technology. It allows the customers to try the makeup virtually and then buy it.

AR technology allows many companies to create a model of their product during the creative process. It enhances the visualization of the architectures and building constructors to actually enter and see how the architecture may look.

AR technology is helping the armed forces to strategies, position maintains, and others. With this technology, army soldiers can see each other’s position and deploy accordingly. However, AR technology also helps the soldiers to get better situation awareness information.

AR technology users have control over their presence in the real world. But VR users are controlled by the technology or the systems that they are using. Both technologies need some devices to work like AR can be accessed by using Head-mounted displays, smart glasses, and Head-up displays.

AR technology is accessible by merely using smartphones but there are some specific devices that require while using VR technology. Apart from that, AR technology improves the real-world setting through machine-generated information and visuals. But VR technology makes a fictional world around you.

AR technology is one of the advanced technology with wide implications. This technology helps in various sectors for making some processes more efficient. It gives the scope to cut down the time constraints. AR technology has built on a vision to integrate the real world with the virtual world.

The Augmented Reality market has the tendency to grow in the future due to its wide applications. There are many industries that are dependent on this market for their growth.

There are many factors that boost the AR market. Some of them are the rising adoption of smartphones and tabs, increasing demand for AR in the retail sector, and many more. These factors drive the AR market and increase its demand.

Hence, The Global Augmented Reality Market size is expected to rise at a market growth of 46.3% CAGR during the forecast period.