Artificial Intelligence is the backbone of human life 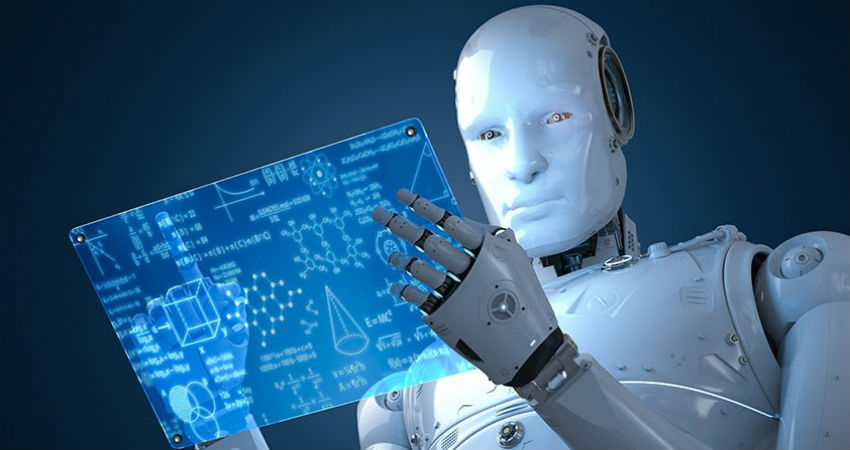 What do we mean by Artificial Intelligence

Artificial intelligence is a technology to program a machine for performing human intelligence things like thinking, learning, decision making, communicating, problem-solving, perceiving, and then act according to the physical world.

If we think about machines responding to our speech, direction, and other visual or audio commands. Then the first thing that might strike your mind is Alexa, Siri, Cortana, and others. You are absolutely right in this sense, but Artificial intelligence does not restrict to that only.

Artificial intelligence in simple terms is making the machines smart and trains them to react, act, and recognize things in their surroundings, just the way the human brain works. It is one of the most booming technologies that almost every industry is using somewhere.

What are the types of Artificial Intelligence

This type of artificial intelligence is based on the NLP, which allows reading, classification, and comprehension of response. AI like Chatbots and personal assistance falls under this. This AI provides different resources to respond to different kinds of queries and provide effective and satisfactory responses.

Interactive artificial intelligence allows businesses to improve interactivity automatically. Some pre-built questions and their responses are embedded in them to further improve the conversation with the visitors. Further, it also understands the context of the conversation and responds accordingly.

These functional AIs have the capability to scan a huge amount of data, find the patterns and dependencies within the data. But, the thing which makes a difference in this kind of AI is that instead of reacting to the situation, they act!

Robots are one of the examples of functional AI. If a functional AI detects something wrong around you, it will act accordingly. LoT cloud also falls under the functional Artificial Intelligence. For example, if it detects the raised temperature of the machines due to the heavy electrical flow. Then, it will automatically cut down the electrical supply of that machine.

This type of Artificial Intelligence recognizes images or visuals and act according to them to present the best response. It is highly used in the augmented reality industry and even your phone’s face recognition is also a part of visual artificial intelligence.

There are many industries that are using visual AI to support their functioning. For example, insurance companies are using this AI to identify the level of damage that appeared for a claim.

Text AI is basically the text recognition technology or the speech to text technology, which is the most common AI. This type of AI technology is widely used in businesses to strengthen the internal corporate knowledge base content generation feature.

Many small and big firms are using text AI for better functioning in eliminating employee fees and customer satisfaction in different areas. Text AI helps to find answers to the given request. It also finds out the human-based questions asked internally and gives them the best-suited answers for them.

Analytical AI is the most advanced AI technology. This AI type can scan a huge amount of data to analyze dependencies and find patterns to provide recommendations for the business. Hence, it contributes to more effective data-driven decision making for the business owners.

Few examples of analytical artificial intelligence are sentiment analysis and supplier risk assessment. These AI types help to discover solutions for increasing the existing network and prepare for the shifting demand pattern and pre-judge the most cost-effective strategy.

Contribution of Artificial Intelligence in businesses

Artificial Intelligence is a very advanced technology that is widely used in businesses. This technology has a huge impact on various businesses. AI makes the functioning of businesses easier than before in different aspects. A few of them are as follows:

Where we see AI technology in the future

Humans mostly have a fascination for advanced technology. They want to make their easy with the improved technology and that is what this new AI technology is doing to us. If we talk about what AI technology can do in the future. Then, there is a chance that we miss out on a few things, which we can possibly see in our future.

There is a high possibility that we might see AI-based robots doing things that we cannot even assume. Artificial intelligence technology, if used in the right way can do wonders. In the future, you might see robots doing surgeries in hospitals, flying planes, and whatnot.

However, it has the capability to increase career opportunities in the future. Although, many people think that this advancement in technology might lead to an increasing unemployment rate. But, this technological advancement can actually help in generating different career options in the future.

It does not just make human tasks easier. But also decrease the time taken for any task. Therefore, we can say that advancement in AI technology can boost every sector and also have a great growth graph for humans too.

However, there is still a huge scope in the advancement of AI technology. There are many advantages of AI technology while it has some demerits too. You just need to identify your requirement and apply the best suited AI technology in your business.

You just need to understand the need and use it wisely!

Amazon, Apple and Google Tied the Wings of Parler Services

Artificial Intelligence is the backbone of human life