How Antiseptics and Disinfectants Provide You Healthy Life? 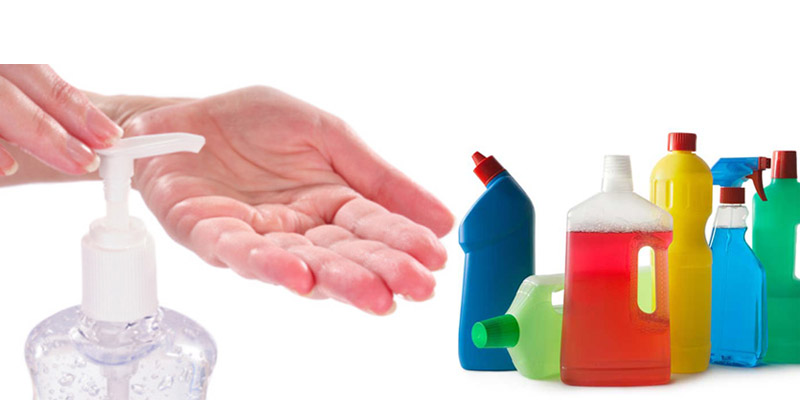 There are also some products that act as antiseptic as well as a disinfectant. Antiseptics are regulating or kill the microbes that can cause infections. On contrary, disinfectants consist of chemical compounds that can kill microorganisms from the non-living surface.

In this pandemic, people understood the importance of maintaining cleanliness at home, which further promoted the use of antiseptics and disinfectants at homes. While manufacturing these products, it is very important to utilize the correct proportion of drugs and attain maximum efficiency for its intended purpose.

Concept and components of Antiseptics

Antiseptics contain chemical agents that destroy or kill the microorganisms and regulate their spread in order to protect the environment. Mostly, antiseptics applied to the skin to clean a wound, stop the spread of microbes on the human skin.

These solutions help in sanitizing hands, stopping the spread of germs, and prevent wounds from infection. Antiseptics are also utilizing as a mouthwash for dental problems. Furthermore, these solutions focus on treating broken skin or tissues.

Types of antiseptics available in the market

Concept and components of Disinfectants

Disinfectants consist of chemical compounds, which applied to non-living things to stop the growth of infectious microorganisms. These agents destroy the growth of the microbes and also sanitize any surface.

The majority of the disinfectants used as bathroom cleaners, surface cleaners, kitchen, and floor cleaners. They disinfect any kind of non-living surface with their concentrated chemicals. But sometimes it can be resistant to some kind of microorganisms. In which they cannot kill them but can stop their further explosion.

Uses of antiseptics and disinfectants

Difference between Antiseptic and Disinfectant

There can many differences between an antiseptic and disinfectant on the basis of components and types. But here we are mentioning a few of the basic difference between these two agents:

The rising use of surface disinfectants, the growing prevalence of hospital-acquired disease, and the rising awareness among people about maintaining hygiene are among the major factors that contribute to the growth rate of the market. However, the harmful residual left by chemical disinfectants restricts the growth of the antiseptics and disinfectants market.

Thus, the global antiseptics and disinfectants market is anticipated to rise at a market growth of 21.2% CAGR during the forecast period.