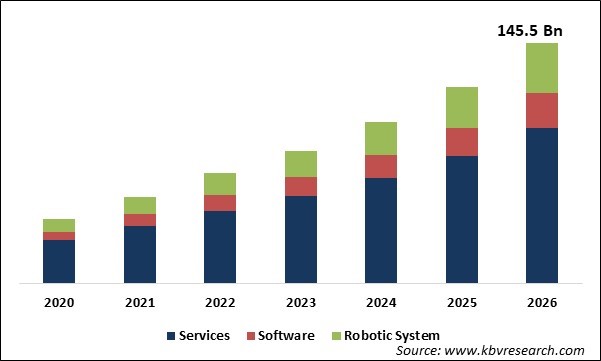 These robots are largely adopted for personal uses, like companionship and entertainment, it becomes the key driving factor for the growth of the market. There is a growing demand for automated ground vehicles (AGVs) of warehouse automation and it is another factor that is boosting the market growth. Professional robots are adapted for medical applications, like surgery assistance, and laboratory automation is one of the major factors that is driving the market. Though, warehouse automation is the latest trend witnessed in the industry and AGVs play a very dynamic role in the warehouse automation process. Additionally, the robots also help the logistic companies for achieving a short- to medium-term payback period and offer a greater return on investment (ROI). 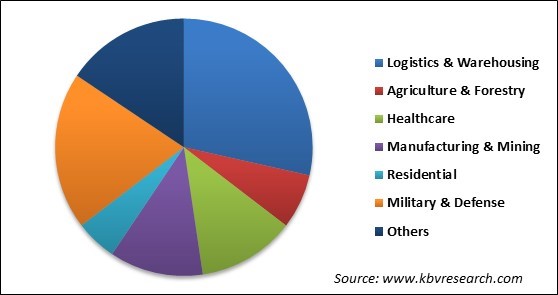 The development of IoT and AI has given a new aspect in developing the idea that robots can interact with humans. Moreover, the development of MEMS and sensors, and improvements in visualization technology have enhanced the accuracy and efficiency of mobile robots. The mobile robot market is continuously growing for domestic applications it results from modernization and innovation in the field of robotics. Advancements in technologies and research activities have resulted in the development of domestic cleaning robots, and they are very helpful for humans to perform ordinary tasks.

The major strategies followed by the market participants are Product Launches and Partnerships. Based on the Analysis presented in the Cardinal matrix; Midea Group Co., Ltd. and Honeywell International, Inc. are the forerunners in the Autonomous Mobile Robots Market. Companies such as BAE Systems PLC, Teradyne, Inc., The Boeing Company, and Singapore Technologies Engineering Ltd., Omron Corporation, QinetiQ Group PLC, L3Harris Technologies, Inc., and Thales Group S.A. are some of the key innovators in the market.

The autonomous mobile robots market is projected to reach USD 145.5 billion by 2026.

The major factors that are anticipated to drive the autonomous mobile robots industry include growing demand for automation solutions to accelerate the market growth.

The North America led the mobile robotics market due to technological advancements.

The service category seized the largest share based on offer, in the autonomous mobile robot market in the year 2019.