The Global Automotive Tinting Film Market size is expected to reach $4.1 billion by 2025, rising at a market growth of 4.9% CAGR during the forecast period. Influencing factors such as increasing consumer preference for safety from dangerous UV rays and shield the costly interiors of premium cars are anticipated to fuel the market growth. With the expansion in the urban population, rise in disposable income and growth in working population especially in emerging economies, the passenger vehicles segment is experiencing a rise in its demand. 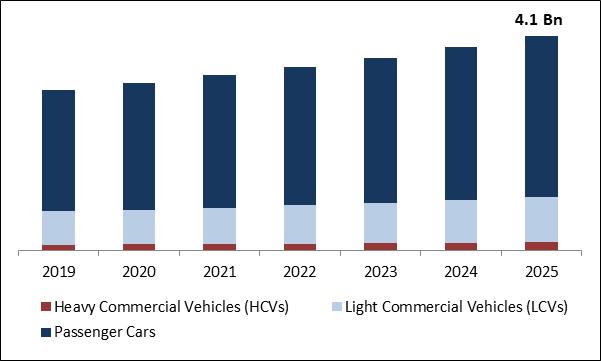 Government of various countries has levied ban or restriction on the usage of tinting films for the automotive. This regulation has restricted the growth of the market. However, few countries for instance in U.S, have exceptions for the patients who are specific medical ailments such as allergy to sunlight, any kind of photosensitivity, lupus and melanoma.

Quality of the tinting films plays a major role in the gaining the consumer acceptance in the market. Also, the quality of these films is controlled by the type of raw materials utilized. Key players are regularly developing innovative procedures for thin coatings, multiple glazing for reduction in high glare, and UV ray restriction. Other important winning imperative for the companies in this market is a strong distribution network and economical pricing to the end users.