The Global Atherectomy Devices Market size is expected to reach $900.7 million by 2025, rising at a market growth of 6.8% CAGR during the forecast period (2019-2025). The atherectomy procedure has been recognized as a minimally invasive surgical technique to remove atherosclerosis from blood vessels in the human body. This surgical procedure is a great replacement to angioplasty for treating peripheral artery disease. However, there are not enough studies to determine atherectomy’s superiority of angioplasty. It is also used for the treatment of coronary artery disease.

Atherectomy devices have been developed to allow the site of coronary occlusion or stenosis to drill, grind or sand atheroma, calcium, and excess cellular material. Mechanical approaches and laser-based methods are used extensively. To remove plaque from coronary arteries, the rotational atherectomy catheter (Rotablator) is engineered. 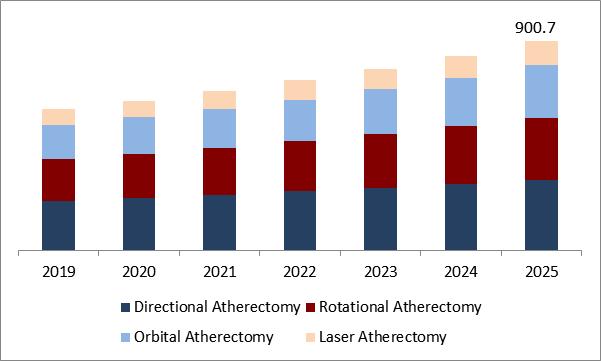 For example, in July 2018, Cardiovascular Systems signed an agreement with OrbusNeich for selling its coronary and peripheral Orbital Atherectomy Systems (OAS) in other countries. In the same month, the company collaborated with Aerolase Corporation for developing a new laser atherectomy device for physicians which can be used more effectively in the treatment of multiple forms of arterial disease. 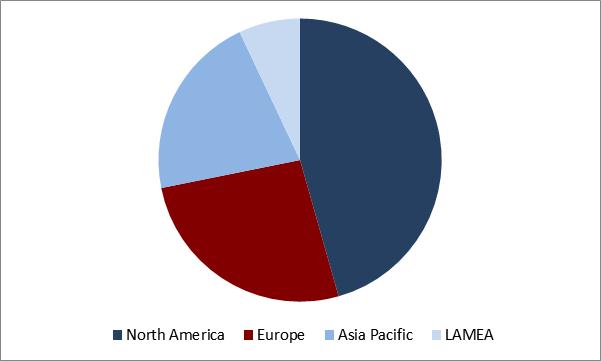 In December 2015, Medtronic acquired Covidien to enhance its business in developing Atherectomy Device. In June 2017, Koninklijke Philips N.V. took over Spectranetics for expansion of image-guided therapy business group. In March 2018, Terumo Corporation acquired assets related to the large bore vascular closure device from Medeon Biodesign, Inc. for enhancement of its product portfolio. In January 2019, Terumo IS expanded its reach to Canada by opening a new office in Vaughan, Ontario focusing on the expansion of its business.

The increased prevalence of target diseases is the major influential factor of the market. Over 250 million people across the globe suffer from peripheral artery disease (PAD), with an escalating geriatric population. Between 2000 and 2010, the incidence of PAD rose by 24% and continues to develop at an accelerating pace. This incidence is present in both high-and low-income nations. Low-income countries have seen a 29 percent raise, while high-income countries have seen a 13 percent raise over the past century.