Global Ammonium Sulfate Market By Product (Solid and Liquid) By the Application (Fertilizers, Industrial, Food Additives and Other Applications)

The Global Ammonium Sulfate Market size is expected to reach $3,675.9 million by 2025, rising at a market growth of 5.05% CAGR during the forecast period (2019-2025). Ammonium sulfate is produced from ammonia and sulfuric acid. The ammonium sulfate market is expected to be fuelled by the rising adoption of nitrogen-based fertilizers to enhance the yield from the crop. Utilization of nitrogen fertilizers benefits with the enhanced productivity through the increased level of nutrition to plants in precise proportion.

Ammonium sulfate is majorly utilized as fertilizers ingredient because it exhibit slow discharge of nitrogen thereby increasing the efficacy duration and is used especially for alkaline soils. As its property, ammonium sulfate is easily absorbed by plants attributed to high sulfur content and hence is appropriate for soils especially those with low levels of pH. Ammonim sulfate also find its application in pharmaceuticals, food additives and other sectors. 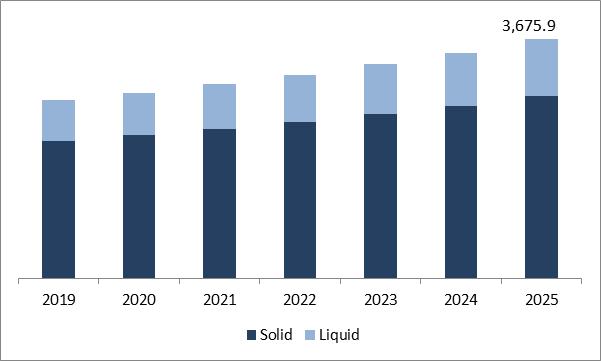 The leading companies operating in Ammonium Sulfate market are focusing on various strategies to strengthen their respective hold on this market. The market players are majorly focusing on the expansion in production capacity to cater the demand across the regions. The companies are investing heavily in increasing the production volume either solely or through partnerships in industry. For instance, In Feb 2015, world fertilizer leader Yara and German industrial chemicals producer BASF announced to build a world-scale $600mn ammonia unit at BASF's Freeport, Texas, facility. In April 2012, BASF announced construction of a new, 160,000 ton per year ammonium sulfate crystallizer system at company’s caprolactam plant. The facility was a joint venture with American Plant Food Corporation, Galena, Texas (customer of BASF).

With China and India regions as the key markets due the larger agricultural base, Asia Pacific geography is predicted to have the dominant market share during the forecast period. Also, North America market is expected to witness significant growth with the rise in consumption of products utilizing ammonium Sulfate across industries. Growing population and growing income level of middle and upper class consumers across regions is contributing in the growth of retail market. Owing to this, manufacturers are offering wider range of products across industries thereby leading to the growth in various sectors such as textile, food, leather goods. These all major sectors are the end user industries for ammonium Sulfate hence driving the growth for the consumption of ammonium Sulfate in accordance with consumer needs. 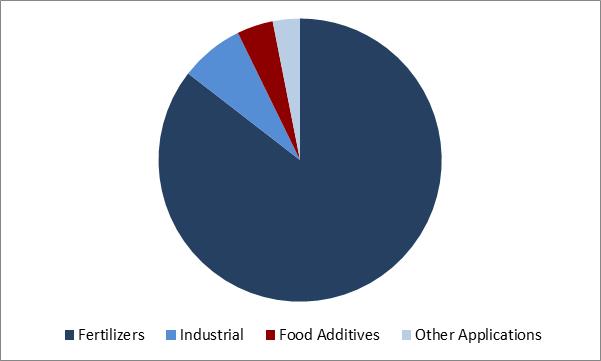