Wearable Motion Sensors Can Watch Your Back 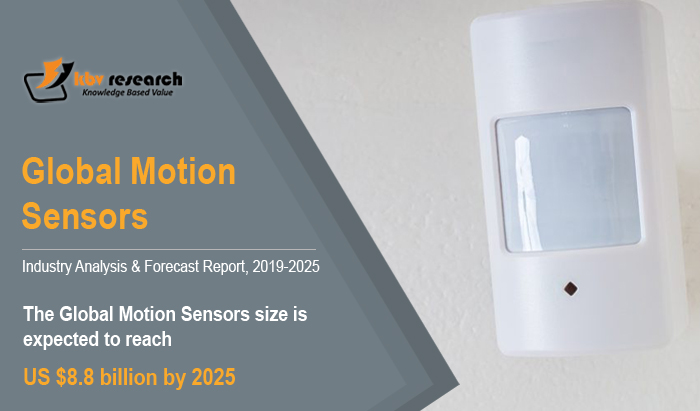 Motion sensing is an emerging technology that is transforming how machines interact with a human. While the technology majorly finds application in infotainment, with recent innovations, it has successfully penetrated routine household activities and other settings. The rising applications of motion sensors in the consumer electronics and automotive industries have been considerably boosting the market for motion sensors.

These are comparable to the radar speed gun, detect movement by the Doppler radar principle. A microwave radiation ongoing wave is issued, with a heterodyne signal at a low audio frequency owing to the movement of an object toward (or away from) the receiver.

In contrast to background objects at room temperature, passive infrared sensors (PIR) sensitive to the skin temperature of a person by means of emitted black-body radiance at the mid-infrared wavelengths. The sensor is not emitting any energy, hence it has been given the passive infrared name. This differentiates it from the electric eye, for example, in which the movement of an individual or vehicle interrupts a visible or an infrared beam. This is generally not regarded to be a motion detector.

An ultrasonic transducer emits an ultrasonic wave and gets a reflection from neighboring objects (sound at a frequency greater than the human ear can hear). As with the heterodyne detection of the field received in the Doppler radar, motion is indicative. The Doppler shift identified is also low audio frequencies (for walking speeds), as the wavelength of the ultrasonic wavelength is comparable to the wavelength that is used in microwave motion detectors. One potential drawback for ultrasonic sensors is that owing to reflections of the sound waves around corners, the sensor can be susceptible to movement in areas where cover is undesired.

How can motion sensors take away your chronic back pain?

Patients with chronic low back pain often have a mirror when they practice their movements. This can be unreliable, but wireless motion sensors or mirrors will improve movement control more effectively.  Approximately 80 percent of people will at least for once, in their lives suffer from low back pain. Although the issue is solved in most instances within several weeks, there are frequent pain outbreaks and chronic low back pain (e.g. if it lasts for over 3 months) will occur in some individuals.

Chronic low pain in the back is a heterogeneous condition. In some, the persistence of back pain primarily contributes to psychosocial factors (e.g. fear of movement). For others, physical variables are more important, which means that the pain is usually caused by or relieved by some posture or movements (where the pain is closely connected to mechanical loading of the spine). New possibilities for feedback have appeared with the growth of rehabilitation technologies. Wireless motion sensors, for instance, can be used to provide patients with easy to understand and precise feedback.

Ankylosing spondylitis is a progressive spinal disease where the spine becomes slow and ultimately totally inflexible. In primary care, it can be difficult to diagnose and so the diagnosis often takes 10 years. A smart wearable device can detect the spinal movement and provide ongoing posture surveillance and feedback when an incorrect posture is found with accelerometers and gyroscope sensors. This wearable device can be used both for early diagnosis of AS and to stop reduced back and neck pain from the wrong posture.

The first version of the stickers depended on small motion sensors for breathing and pulse measurement. The scientists now examine how sweat, temperature and other sensors can be integrated into their antenna systems. For the scientists to transfer their technology farther than clinical applications and into customer-friendly systems, another challenge is to keep the sensor and receiver close to each other. Sensor and receiver pairings would be good for medical surveillance, but to develop a product that someone could wear during workouts, antennas must be weaved into garments for receiving and transmitting signals no matter where a person sticks the sensor.

Internationally advanced countries face enormous costs for low back pain. Patients and society as a whole can incur these expenses directly through the enhanced use and decreased paid employment of publicly funded medical facilities. Productivity losses (both in paid and unpaid work) are the main driver for these expenses. It is necessary to know how to minimize this disease burden. Many interventions were asserted that they are useful for low back pain management. Some approaches, like spinal surgery, cost patients and/or healthcare professionals significantly. Other options like physical treatment are cheaper to provide, but they remain comparatively unknown in terms of cost-effectiveness. Recent technological developments have prompted new approaches to low back pain to be developed. The use of motion sensor biofeedback technologies was one of these approaches.

The motion sensors market is thriving in the existing market space with the advent of wearable motion sensors. The development of sensor-charged smartphone devices, which are essential to the democratization of healthcare equipment, will lead to major changes across three facets of private health care - gait and posture disorders, geriatric care and therapy of neurodegenerative diseases. Subsequently, it is particularly impressive that there is a much lower level of uncertainty and speculation in these fields, as opposed to likewise promising connections between gene publishing and AI, for instance, as significant advances have been accomplished. With ongoing trends and future anticipations, researchers have estimated the forecast market growth rate of the global motion sensors market to stand at 8.2% CAGR.