How Is Video Surveillance Budding With Artificial Intelligence? 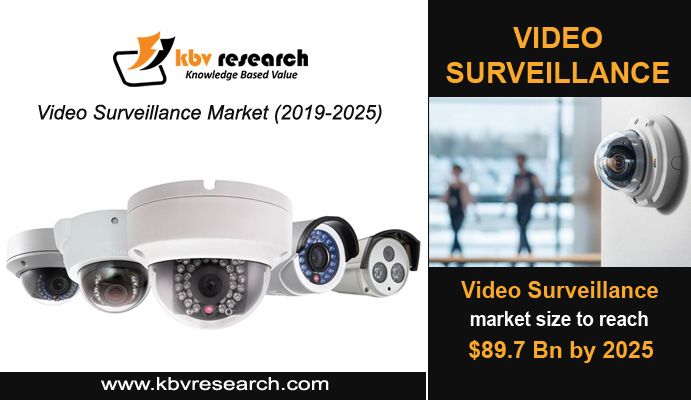 What is video surveillance?

Why is video surveillance a major necessity?

Video surveillance systems have significant advantages for facility managers. Not only do security cameras decrease theft and loss, but they also have several other unique and unprecedented benefits. Owners can use all the distinctive features these devices give to make the most of the video surveillance of their facility. Video surveillance can offer the benefits you need to improve your properties' security, safety, and efficiency. In view of the upswing in smart devices, all gadgets are becoming more intelligent with no exception to these techniques. A substantial amount of cameras already operate readily with connected computers and are attached to Wi-Fi networks. However, cameras often don't come with built-in intelligence. Although the aspect of a large-scale security and surveillance system, at least until now, many cameras were not artificially intelligent.

The efficiency of surveillance technologies can be dramatically increased with artificial intelligence by bringing human attention to events that can compromise security through the transmission of real-time alerts. Intelligent video surveillance for incidents or objects of concern may be created. Even if a company has video footage, it is hard to identify specific incidents or persons during or after an event. With the power of artificial intelligence, facial recognition and identification of objects and activities are much easier, which enables real-time and proactive security.

Surveillance cameras can capture high-resolution pictures and videos, yet most devices do not use them for video surveillance. Most pictures or video recordings recorded by the operators are therefore of poor quality. This problem can discourage operators from producing accurate analytical reports and boost the likelihood of missed events. In this situation, image processing can be used to sharpen pictures and video recordings of low quality to simplify the acquirement of important information. Operators can readily assess improved pictures, decreasing the magnitude of unnecessary incidents.

Recent advances in video analytics - fueled by artificial intelligence technologies such as machine learning - enable computers to perceive and comprehend human-like surveillance images. Technologies of identification make it simpler to find who is in the pictures automatically. At last, the cameras themselves are more affordable, omnipresent, and much better; drone-mounted cameras can record an entire city. Computers can view all of the videos without any human issues, such as diversion, exhaustion, or training. The outcome is a monitoring standard that only a few years earlier was not possible.

The video surveillance market is growing at a rapid pace. In recent years, video surveillance systems have been recognized as inevitable management tools for cities. The manager, without visiting the site, will be able to understand the location information. The surveillance system can improve the impact of management and supervision and reduce the likelihood of huge accidents. However, with the Internet of Things (IoT) generation, video surveillance technologies are faced with challenges such as mass access to hardware, big data, inadequate bandwidth, vulnerable attacks and difficulty in real-time monitoring. Probably, the security providers today have too many cameras and too many videos to keep up with. In addition, there are short periods of attention. AI is a technology which doesn't get bored, unlike humans, and which can analyze more video data than human beings could ever. It is intended to attract the attention of customers of the most important incidents and insights, enabling them to do their best: make critical choices. There are two fields in which video surveillance can have drastic effects on AI today: search and focus of attention. The swift development of the global video surveillance market is expected to speed at a growth rate of 14.6% CAGR over the forecast period.