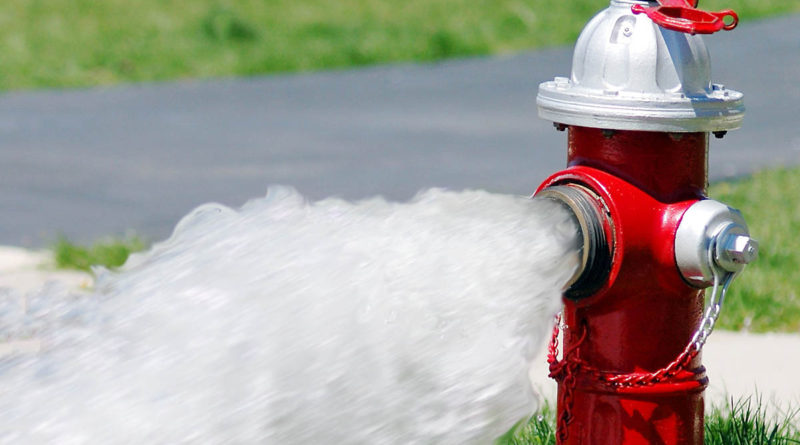 To keep your municipality functioning efficiently, you'll need fire hydrants. Firefighters utilize fire hydrants to put out flames by quickly tapping into the water utility's pressurized water supply.The firefighters detach a nozzle or two, connect hoses to the nozzles, and crank the valve to get the water flowing. Based on the hydrant's body color and nozzle type, they can quickly estimate how much pressure they have available, allowing them to help prevent disaster and property damage.

What are the various types of fire hydrants available?

1) Underground Hydrants: Underground fire hydrants are submerged valves that are connected directly to the water supply line. On the surface, there are fire hydrant indicator plates that show the exact location of each hydrant.

There are underground fire hydrants with changeable heights as well as tele-hydrants. Even if it's flooded, the latter can be turned on right away by drawing out a built-in standpipe. As a result, there is no need to clean the inside of the street cap, providing easy access to the fire hydrant.

2) Freeflow Hydrants: Private gardens, parks, recreational spaces, and camping grounds are the most popular places to find freeflow garden fire hydrants. Since the volume and pressure of pumped water are insufficient for firefighting, garden hydrants are comparable to water taps or garden hose connections. In various ways, the so-called Freeflow underground fire hydrant differs from normal underground hydrants. Freeflow subsurface hydrants, unlike standard hydrants, maintain the working and medium pipes separate in a single cast housing. This results in many superior hydraulic conditions when compared to hydrants with a valve stopper as a shut-off device.

In areas where freezing of water is not an issue, wet barrel fire hydrants are the industry standard, with operational lifespans of over 100 years when properly maintained. This is the case since all of the mechanical components are above ground. This signifies that the water in the main supplying the hydrant is exposed to freezing because it runs near the surface. The more basic mechanism is necessary for their existence, but it also contributes to their proclivity to freeze in cold weather.

In the fire hydrants market, fire hydrants are available in a range of colors, some of which have symbolic meaning and others that do not. The color of the hydrant's body is largely a matter of personal preference, but it is usually red or safety green to increase visibility from a distance. This aids firemen in quickly locating the hydrant in an emergency. Some towns will use a color scheme to signify the amount of water pressure available at each hydrant.

Emergency responders and utility workers are acquainted with the meaning of the colors on a fire hydrant's nozzle caps. The color red is typically designated for specialized jobs such as firefighting. The white color implies that the hydrant is on the water utility's service, although not usually on the water main, whereas if the color is yellow then the hydrant is on the high-pressure water main. Violet is most often linked with non-potable water that meets international standards, such as water from a lake or pond that has not been treated.

Even though they work differently from ordinary hydrants, standpipes are a crucial tool for firefighters. As they allow firemen to send water to a specific section of a building, standpipes are a possible alternative to sprinkler systems. In a huge construction, they are frequently placed in a permanent inside location. People who are unable to evacuate the building can use this method to put out a fire on their own. Standpipes are thus a crucial tool for firemen, particularly in large facilities where a large number of hoses would be necessary to put out the fire. Therefore, long-term planning and attention are required when choosing the right fire hydrant for your water utility.

It is important be mindful of these factors when choosing a fire hydrant to be installed in your neighborhood since fire hydrants play an important role in the upkeep of our community's water infrastructure as well as providing proper fire protection. With the rising temperatures of the planet, heat waves and fires in the summer are becoming alarmingly commonplace. All these factors work together for the growth of the fire hydrant market.

The global fire hydrant market is estimated to rise at a market growth of 4.2% CAGR during the forecast period.