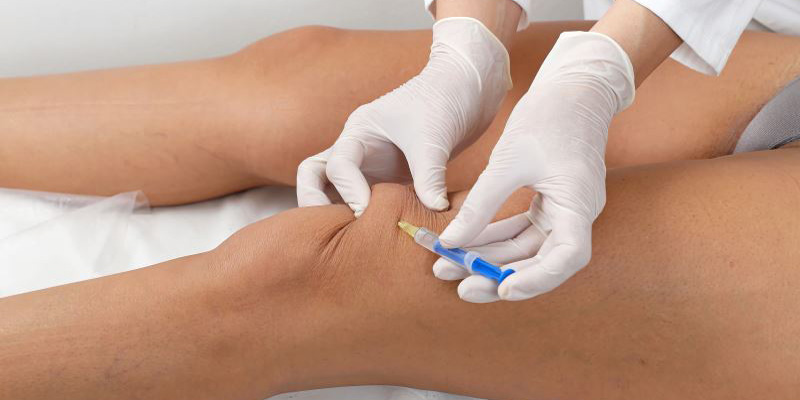 Here’s why sclerotherapy making a trend in the health care industries. Since Sclerotherapy is a form of minimally invasive procedure, it is preferred by both doctors and patients. It is widely used to treat the problems related to blood vessels and lymphatic vessels such as varicose veins, spider veins, etc.

There are many factors that are leading to increasing cases of varicose veins and other such problems that include excess weight, heredity, aging, and some professions that require a prolonged period of sitting.

According to the Society of Vascular Surgery, nearly 33.0% of women and 17.0% of men suffers from telangiectasias and varicose veins in developed countries. So it is said that the increasing geriatric population and the adoption of a sedentary lifestyle are the main reasons for the increase in the occurrence of varicose veins globally.

Let’s understand what is Sclerotherapy?

Sclerotherapy is a type of medical treatment. It is a minimally invasive procedure that is used to treat blood vessel or vascular deformities. And also any malformations of the lymphatic system. In adults, sclerotherapy is also apply in treatment of spider veins, hemorrhoids, and smaller varicose veins. This is with the help of detergents.

How does it work?

In Sclerotherapy, a very fine and thin injection needle is used to inject a solution. This procedure doesn’t require anesthesia. Medicine solutions that are introduced into the vessels result in their shrinking. This solution is injected into small varicose veins in the legs in order to treat them, improve the appearance of spider veins, and get rid of related symptoms such as burning, aching, swelling, and cramping.

Detergents are used in sclerotherapy as sclerosing agents. Especially for the treatment of spider telangiectasias, detergents are used in different concentrations. The detergents that are commonly used are Sodium Morrhuate (SM), Ethanolamine Oleate (EO), Sodium Tetradecyl Sulphate (Sotradecol), Polidocanol, and Scleremo.

What do the detergents do?

Detergents work on the principle of protein denaturation. Either it causes endothelial damage or it desquamation of endothelial cells in the plague. Injecting sclerosing solutions in the defected vein causes immediate shrinkage of the target veins. Sometimes these detergents have toxic effects on the blood components, so they must be FDA approved.

The introduction of foam sclerotherapy and ultrasound-guided sclerotherapy has allowed practitioners to adopt these procedures for the painful and underlying veins with accuracy and care.

Liquid sclerotherapy is a technique in which chemical irritants are injected directly into the affected vein. These substances block the vein and circulate it around the treated vein. It is mostly used to treat large varicose veins.

In Ultrasound-guided sclerotherapy, in order to visualize the underlying veins, ultrasound is used by the physician for delivering and monitoring the injection. This means the whole procedure takes place under the guidance of ultrasound.

The major advancements have been made in sclerosing solutions, and endovascular RF and laser procedures, and they have brought a revolution in the healthcare industry. Nowadays, laser treatments are used to treat varicose veins. In this procedure, a laser fiber is passed through the catheter into the vein. Since the laser is less painful and also this treatment has lesser recovery time. So it is expected that this treatment procedure will gain the attention of the people from the healthcare industry.

The Sclerotherapy Market has been witnessing rapid growth as the geriatric population is increasing and there are increased incidences of thrombotic disorders in this group of population. The blood vessel or vascular deformities are common in old age people. Minimally invasive treatments are extremely effective and safe if compared to traditional surgical stripping. Most of the patients prefer to go with sclerotherapy which is less invasive. And this is boosting the demand in the market. Besides all these, increased awareness, and development in the evolving markets produce numerous opportunities in the market of varicose vein treatment.

Other factors such as improvement in patient reliability and compliance, growing healthcare expenditure, and rapid growth in the aging population. The Global Sclerotherapy Market has been anticipated to rise at a growth rate of 7.9% CAGR over the forecast period.