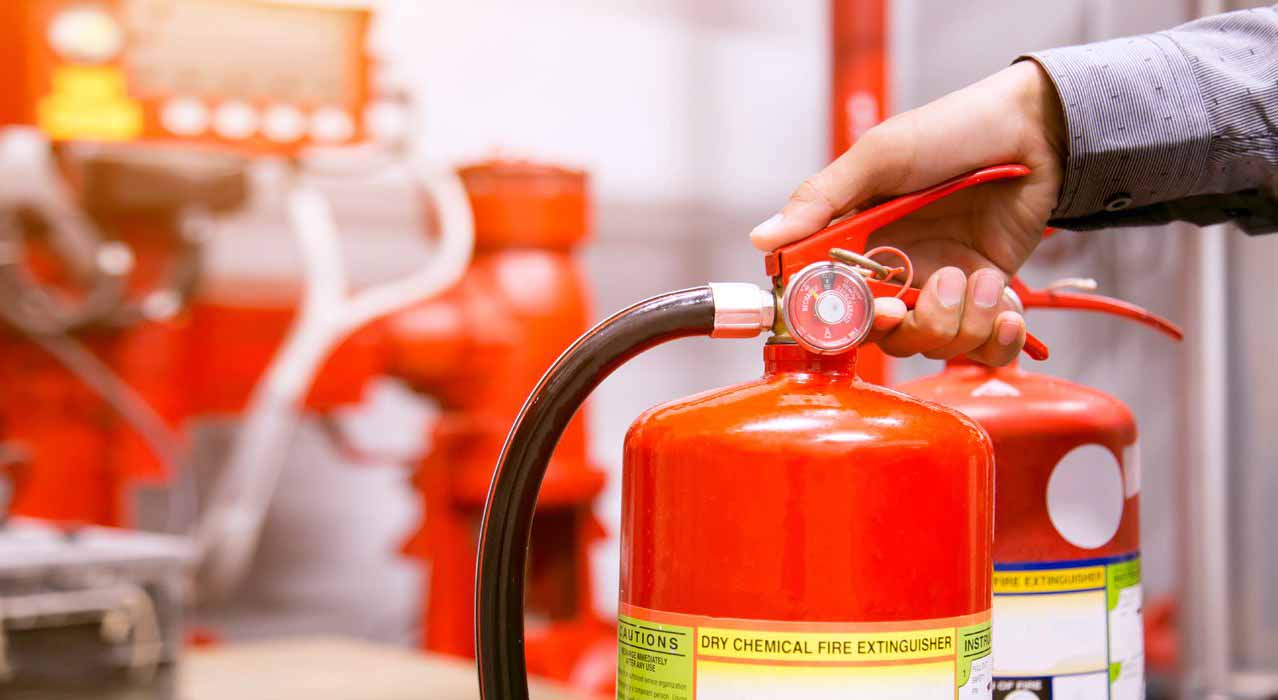 National Fire Protection Association (NFPA) stated that 3,390 civilians died, and a loss of property of about USD 13.6 billion took place owing to the fire incidents in 2016. The fire extinguishers have an extinguishing agent which makes them pressure vessels to suppress the fire.

Portable fire extinguishers have seen an increasing adoption graph because it is easy to handle, light in weight, and a person can carry the extinguisher while moving. Fire technologies are also getting advance over a few decades.

These types of extinguishers suppress the fire by breaking the chemical reaction of the fire. It is among the broadly utilize fire extinguishers in the market. This multipurpose dry chemical extinguisher helps in extinguishing class A, B, and C fires.

Dry chemical fire extinguisher blocks way between the oxygen element and the fuel element on Class A fires. Mostly dry chemical extinguishers are for Class B and C of fires only. It is very important to use a correct extinguisher on the right class of fire to stop the fire spread.

The carbon dioxide fire extinguishers help in eradicating the fire by eliminating the oxygen element in the fire triangle. It also helps in eliminating the heat because of its low-temperature cold discharge on the fire.

Carbon dioxide fire extinguishers should be used on Class B and C fires as they are ineffective on the fires that fall under Class A.

The foam and water extinguishers help in controlling the fire by eradicating the heating element of the fire. Foam agents also help in separating the oxygen component from the other components of fire.

These water extinguishers are only effective on Class A fire and it should not be used on the Class B and C of fires. As they discharge stream which possible could spread the flammable liquid and create a shock element on Class C of fire.

How to use a portable fire extinguisher

During any fire incident, people try to control the fire with an extinguisher, but they couldn’t. It is because; they don’t know the right technique to use it. However, it is advisable that a trained person should use an extinguisher. As they have the knowledge about the type of fire and extinguisher that will be effective on that.

We are mentioning simple steps to use an extinguisher but before that, a person needs to raise the fire alarm and try to rescue people around it. However, the four-step PASS technique for using an extinguisher is as follows:

Water is among the component that is effective on the fire caused by wood or paper fires, which falls under the Class A type of fire. Components like CO2, glycerol, and foams are used in other types of fire which do not have any effect against Class A of fire.

Although, these components may differ from the kind of fire that arose. Class C of fire requires sodium bicarbonate which is extremely free-flowing.

The strict government rules for implementing fire extinguishers in every public and private place are contributing to the market growth. However, the high cost of raw materials is restricting the growth of the market.

So, overall the global portable fire extinguisher market is expected to rise at a market growth of 12.8% CAGR during the forecast period.