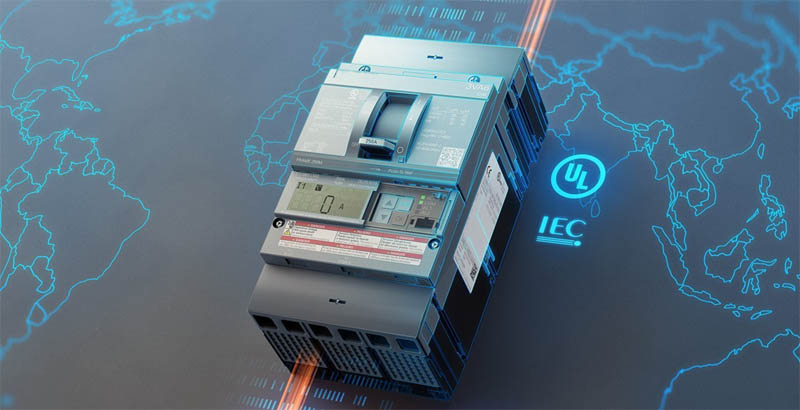 In developing countries, there is a tremendous demand for electricity and it keeps on increasing with each passing day. Moreover, the expansion in infrastructural systems that are established for safe and secure electrical dispersion is creating a high demand for low voltage circuit breakers. The focus towards sustainable energy creation methods such as solar up-gradation and infrastructure development for safe energy distribution has been constantly increasing.

In addition to this, the investment in smart grids system has been increasing significantly. These factors are propelling the demand for low voltage circuit breakers.

What is a Low Voltage Circuit Breaker?

Circuit breakers can be defined as switching devices. Their primary function is to do isolation of parts of an electrical distribution system during the situation of abnormal conditions. Abnormal conditions commonly result from faults on a system that can lead to a harmful situation for both the people and the system itself. While giving protection to the system, circuit breakers enable parts of the electrical distribution to be isolated for operation and maintenance.

Voltage Threshold and Primary use

So the very first question that comes to our mind is why are the low circuit breakers known so? It is really simple. It is due to the fact they operate on low voltages comparatively than other circuit breakers. The voltage threshold for their classification is 1000 volts.

These types of circuit breakers are utilized in homes for domestic purposes and other such structures to avert massive current flow from damaging the circuitry and causing fire or other harmful results. The activating signal for the opening and closing of the contacts of the breaker is done by a trip that activates the release component of the contacts and permits their opening and closing, based on the measure of current flowing through it. In low voltage circuit breakers, two sorts of trips are significantly utilized which are the thermal-magnetic trip unit and the Electronic trip unit.

They perform the conduct of current up to a normal estimation of current is flowing through the circuit to the load joined to it. Indeed, even at the smallest contact, current conduction happens.

When the breaker detects a significantly large amount that doesn't lie in its working range (which can be checked through the evaluations of the circuit breaker), the trip unit activates the bimetallic strip and the contact breaks and at that moment further stream of current is halted. This is its basic function.

In addition to the security operation, it also gives a sort of voltage protection to the circuit and holds the flow after the current retains its suitable value.

Commonly, there are three types of circuit breakers that are explained below:

The future is all about the administration of energy and the establishment of a smart and intelligent electric framework. Following this vision, key industry pioneers are thinking to develop their product portfolio that will be ideal for smart infrastructure. This further makes progress toward a smart and intelligent framework in the coming decade, and is foreseen to assume a key role in the growth of a new-age low voltage circuit breaker.

Moreover, the governments of different countries are taking numerous initiatives in their countries to install higher power supply and multiply electrification to different remote areas which are expected to generate opportunities for the demand of low voltage circuit breakers globally. In addition to these factors, growing measures to reduce the fire hazards and faults of electrical supply are boosting the demand and growth of low voltage circuit breakers in the upcoming years. The Global Low Voltage Circuit Breakers Market size will grow at a market growth of 5.8% CAGR during the forecast period.