How Micromachining is Making a Global Trend 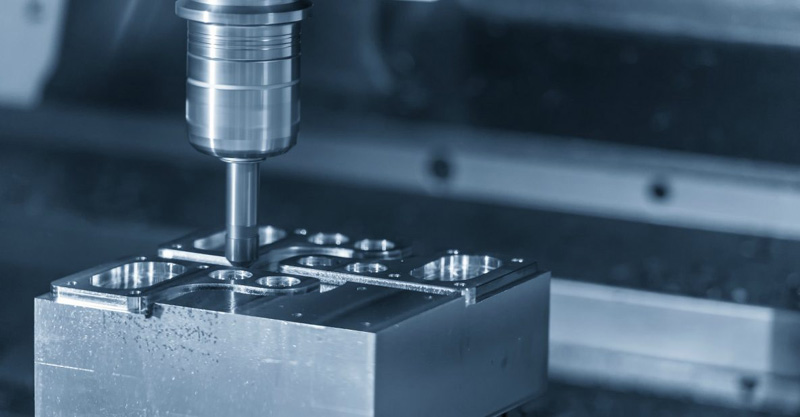 Micromachining may refer to the techniques for the fabrication of 2D and 3D structures on the micron scale. The small watch parts used for the purpose of making watches were considered micro components until recently. Recent demands and needs for such microelements have forced the technology to produce different types of micro components used in various fields such as biomedical implants and entertainment electronics. The ease and usefulness of various products can be significantly improved with decreased weight and size.

As miniaturization becoming a global trend, micromachining becomes increasingly significant in manufacturing micro parts. Diagnosis and surgeries of various kinds without pain can be possible with the miniaturization of medical tools.

The manufacturing design and construction of tools, cutting tools, tool holders, and electrodes need constant development as huge demands are placed on them for manufacturing these miniature parts. Currently, micromachining shows that micro-cutting processes are not merely a miniaturization of the ordinary cutting technology, and needs an overhaul of the whole machining setup and processes.

Industrial works show that the interest in producing microscopic scale is significantly increasing with respect to the massive growth of Micro Electro Mechanical Systems (MEMS). Therefore, a great amount of attention is placed to improve existing technology and developing nonconventional methods, in order to obtain more accuracy.

Various techniques of MEMS such as chemical-etching, photolithography, LIGA, and plating are used. These elements are profoundly known in micro electric or semiconductors manufacturing. Moreover, they are used for the production of large volume, especially sensors and actuators that are made of silicon or other metals.

Micromachining is a particular technique that is applied to parts of the micro-scale. Micro Electro Mechanical Systems (MEMS) are microscopic devices that are designed and used to interact with or modify the local environment. MEMS include Microsystems, microstructures, microstructure technology, and mechatronics. MEMS also include various devices with moving parts that contain both mechanical and electrical components on silicon.

There are various important techniques that are used for micromachining such as micro-EDM, micromechanical machining (micro-cutting and micro-milling), laser, and photolithography.

In micromachining, it is a common technique that is based on silicon and lithographic approach, by etching and deposing process which is used in microelectronics. Chemical or physical etch is used in machining silicon wafers. Then, various parts are realized layer by layer from a silicon wafer. This method which is purely non-contact is based on masking and light exposure.

In this type of micromachining, light radiation with high energy is used by laser as a machine tool. Through this, high accuracy can be achieved, and removing of material is obtained by ablation. Machining of ceramic and metal layers can be done with higher laser densities. A focused beam can allow real 3D shaping by correcting motion control.

In EDM, erosive action is used to remove material of an electric discharge between conductive tool and workpiece. During the machining process, small craters are created in the piece by Electro-thermal erosion. There is zero contact while tool shape is copied in the workpiece. The process and design of EDM machining assist in machining both hard materials like carbides and steels and conductive ceramics and semiconductors.

In the micro ultrasonic machining process, micro tools like ultrasonic vibration are used to create accurate holes in brittle materials like glass, silicon, and ceramics. There is an interposing of abrasive slurry between tool and workpiece and that tool is used as a micro-mill to get drills or patterns on the workpiece surface. The vibrating tool impacts abrasive grains into the workpiece that produces a mechanical removal of the material.

The latest trends of micro-miniaturization of the products especially in the field of the microelectromechanical system (MEMS) or microsystem technology (MST) have known to create a powerful impact on the industry.

Like any technology, micromachining technology still demands various improvements and developments. However, regarding rates of higher material removal and process parameters’ selection in order to obtain a stable cutting process, compared with other contemporary techniques, micromachining offers benefits like low cost of production, the small size of batch and the capacity to manufacture accurate 3D free-form surfaces in various sorts of materials.

The new trends in miniaturization technologies will be a potential key technology of the future which could bring completely different ways in which people and machines co-exist and interact with each other and the physical world.

A major advantage of micromachining technology is its ability to fabricate significantly smaller features reliably at very high tolerances.

Though manufacturing based on lithography can achieve smaller feature sizes, still micromachining has many advantages over it in terms of relative accuracy, material choices, and complexity of produced geometry. Additionally, the technology is promising to the extent that it can bridge the gap between macro and nano/micro domain.

The micromachining market is going to prosper in the next few years due to its various process and benefits. Moreover, technology has a wide range of applications in various fields.

With the ever-growing demand for miniaturized tools and types of equipment, the concept of micromachining is becoming significantly important. Micromachining is the technology that manufactures micro-sized structures. There are various beneficial applications of this technology. This Technology has been the driver for innovation and developments in many domains such as the automotive and biomedical engineering fields.

Since its beginning, the technology of micromachining has seen evolution to a great degree to include various new methods and techniques. Moreover, there has also been an expansion of the array of materials being processed under these techniques.

Though conventional machine are capable of conducting micromachining processes, the full potential of micromachining can be achieved by employing machine tools that are specially designed for this purpose. The advantage of such micro machine tools and micro-factories are numerous such as mobility, flexibility, and various other economic benefits. The Global Micromachining Market size is expected to reach $4.2 billion by 2026, rising at a market growth of 9.7% CAGR during the forecast period.