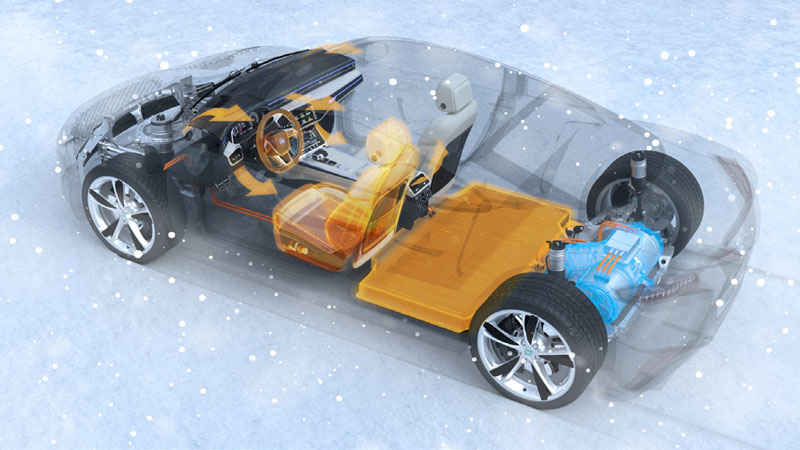 Electric and hybrid vehicles are being developed by automobile manufacturers all over the world. In the context of electric vehicles, several manufacturers have begun to generate electronic systems such as electric chillers and battery cooling equipment. In August 2021, Johnson Electric, for example, introduced a high-power electric compressor, which helps to reduce heat produced by batteries while high-rate quickly charging stations for electric vehicles.

Fur coats, blankets, and foot muffs without these items to keep you warm in the winter, car rides can turn into a frosty affair. Since the adventurous early days, many innovations had made traveling by car less difficult dependable ignition coils, battery-powered lighting, igniters, the horn, and windscreen wipers but by the mid-1930s, only a small proportion of vehicles had adequate heating.

Why do we require it?

Automotive now has increased functionality and increased energy density. The battery packs are being equipped in vehicles with similar or identical footprints. As a result, more heat is generated in engines and automobile parts than ever before.

Designers and engineers must ensure that heat is managed efficiently and drained away, allowing vehicle layout to acclimate without compromising capabilities, overall efficiency, reliability, cost, or other factors.

The Benefits of Automotive Thermal

The Joule method produces heat when an electric current flow through an electrical conductor. As a result, the more efficient a battery cell is, the more heat it generates. When designing a battery, the primary factor that limits energy growth is temperature. Sensors are installed throughout the design segment to detect hotspots to handle the internal temperature of batteries.  It aids in reducing the pressure on the power supply by lowering its energy and increasing heat expulsion.

To control the temperature while increasing battery life

Because the velocity of electrochemical reactions at electrode/electrolyte interfaces tends to increase with heat, the overall performance of the mixture is significantly dependent on temperature. However, at high temperatures, all of the substances that make up batteries deteriorate rapidly.  The solution to this problem could be to use insulators of a higher thermal class, which would raise the cost of electric car batteries.

Electric vehicles have batteries and depending on the generation used, all batteries have a favorable level of sensitivity to the hazard of thermal runaway. Excessive temperature rise may also cause a fire or possibly an explosion, particularly in lithium-ion batteries, which are known to be unstable.

The most obvious cause for cooling systems failing to adequately cool the interior of a vehicle is refrigerant loss. This loss is more noticeable in the cold season and fall when the cooling feature should not be used for an extended period. Because the markings in the cooling system continue to stay dry for an extended period, they are unable to operate and leak. The solution to this problem is to have the system serviced at a car repair shop and have the refrigerant refilled.

An issue with the electrical system

Thermal systems will always require power to function properly. The system may be without power due to damaged wires or a tripped fuse. If the problem is caused by a blown fuse, you can resolve it on your own. If you are unable to determine the cause of the problem, you can seek assistance from a vehicle service shop that specializes in electrical systems.

Even if your car's air conditioner is set to the maximum, you should check that the compressor and cooling fans are working properly. The dirt buildup on the condenser may be impeding the flow within it. The cabin air filter could also be the source of your issue. Check that the filter is not clogged.

There could be several other explanations why the thermal system isn't working properly. Professionals should identify and resolve these issues. Professionals have tools designed to detect these issues as well as the necessary experience to generate solutions.

The battery in an electric vehicle is made up of groupings of impartial cells that are sensitive to frost and heat. The heat generated by the power supply must be dissipated while also protecting against external conditions. The goal is to keep the temperature stable, ensure continued operation and avoid premature aging.

Automotive thermal management is also crucial in electromobility. Individual components can operate in the optimal temperature range while maintaining adequate temperature in the vehicle interior due in large part to automatic adaptation to the environment. Electric motors must be kept cool at all times, and the battery must either be cooled or heated. All these factors work together for the growth of the automotive thermal system market.

The global automotive thermal system market is estimated to rise at a market growth of 5.0% CAGR during the forecast period.